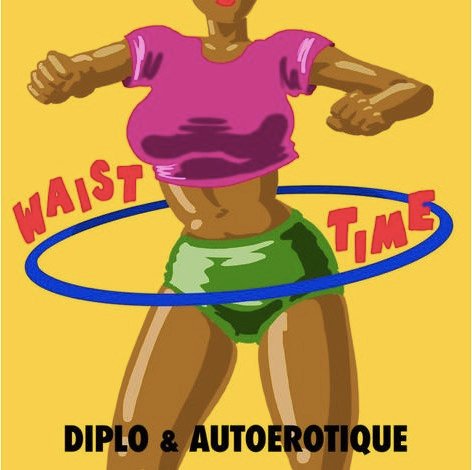 Still attempting to stick to your new year resolution and get fit? Maybe Diplo and Autoerotique can help with their new single and music video ‘Waist Time’ which features high energy electro beats, amplified bass lines and pretty girls in cropped tops and pants, spinning neon hoops around their slim waists in a South London warehouse. If all that doesn’t encourage you to get up, get moving and get fit then nothing will.

Grammy award-winning all-rounder Diplo is an American DJ, Producer, Singer-Songwriter and Record Exec renowned for “Where Are Ü Now” (with Skrillex and Justin Bieber.) He is up for another two Grammy’s next month for Album of the Year (for Producer of Beyonce’s album Lemonade and Producer for Justin Bieber’s album ‘Purpose.’) Autoerotique is a House group from Toronto. Together they are a force to be reckoned with.