‘Friends’ With The Stars – Who Is BloodPop? 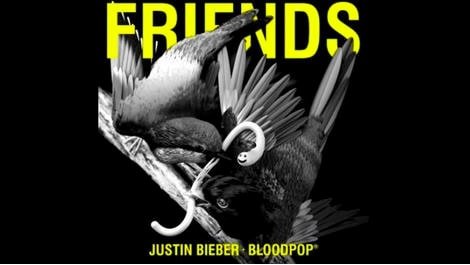 BloodPop® has recently released his debut single ‘Friends’ with Justin Bieber. This club single peaked in the UK Singles charts at #2, but who is his BloodPop®? Where has he come from? And how is he working with Bieber? BloodPop aka Michael Diamonds or Michael Tucker started his career in 2010 by uploading original content and remixes on SoundCloud with help from his mentor Cody Critcheloe, who is part of Ssion, a group who have helped design and direct music videos with Charlie XCX, Kylie Minogue, and Perfume Genius. In 2013 Michael signed to OWSLA and Transparent Records under the artist name Blood Diamonds. Grimes featured Michael in her song ‘Go’ which brought a lot of recognition to the Blood Diamonds brand as it reached #23 on the UK Indie chart.

After releasing his latest EP ‘Barcode’ featuring Dominic Lord, Michael Tucker rebranded himself as BloodPop® and went on to become a well-respected songwriter and producer redefining EDM. He was behind the genius of Justin Bieber’s hit single ‘Sorry’ and helped modernize Madonna’s thirteenth studio album ‘Rebel Heart.’ BloodPop® worked with the likes of Britney Spears, Fifth Harmony and MØ on singular songs before co-producing and co-writing Lady Gaga’s latest album ‘Joanne’ with the outstanding Mark Ronson and Gaga herself.

Typically, Michael Tucker liked to work anonymously, behind the scenes still spreading his young, new age magic but 2017 is a turning point for him as he finally returns to the spotlight. New year, new name, new material to work with. No problems.
BloodPop® first worked with Haim producing the song ‘Want You Back’ on their latest record ‘Something to Tell You’. After succeeding with the great track, BloodPop® then remixed another song off the album, ‘Little of Your Love,’ giving the song a fresh dance vibe while keeping the real Haim and their raw, down to earth spirit.

BloodPop®’s recent collaboration with Justin Bieber on their joint song ‘Friends’ has received mixed critical reception with some suggesting it was a stereotypical Bieber club track or a synth-disco remix of their previous project together ‘Sorry.’ Despite some negative comments, the song still hit the UK charts at #2 and hasn’t stopped BloodPop® from producing hits.

BloodPop®’s latest release is another remix. The dream pop song ‘Lust for Life’ by Lana Del Rey featuring The Weeknd has been infused with a new style incorporating fresh tropical house backing beats and very trademark BloodPop® synths. Michael has remixed the song to portray the emotions deep within the lyrics, cleverly disguised as an electropop hit.

I will be following BloodPop® very closely, and I very much admire his talent. As a lover of Lady Gaga’s album ‘Joanne’, Justin Bieber’s remodelling and Haim, I was very excited to find out that Michael Tucker, now known as BloodPop®, helped to design brilliant, creative artwork and I will be looking forward to what other talents will be unleashed!