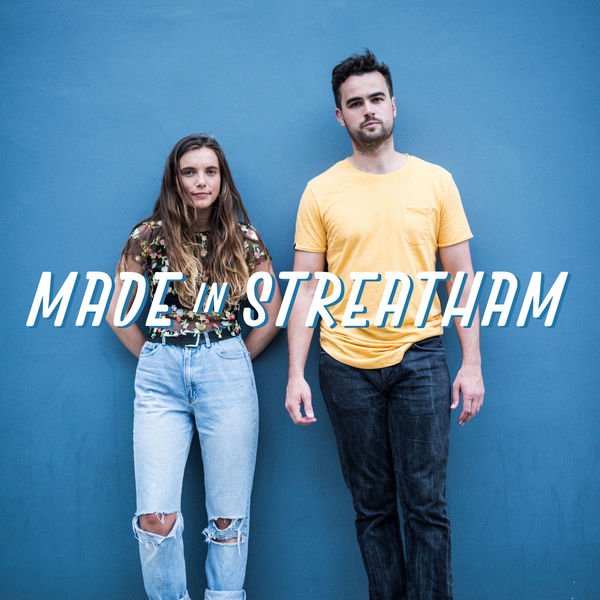 Artists Issy Ferris and Archie Sylvester are an emerging dreamy Americana-pop duo originally from London and together make up Ferris and Sylvester. Before the release of their EP ‘Made In Streatham’, I was lucky enough to go and see the pair at Battersea Arts Centre for the EP preview.

The venue was the place where the duo had filmed their music video for ‘Berlin’ previously. The hall was well lit with beautiful fairy lights creating a very intimate setting and with a small crowd, it felt like this set was going to be very touching.

As Ferris and Sylvester hit the stage, family and friends surrounded them in the crowd and the pair reminded the crowd that they were local to the area and they got most of their inspiration from there. I was very impressed by how they played all their songs with their own instruments and took everything in their stride with ease.

Issy Ferris played their song ‘The Room’ especially well using the harmonica attached around her neck. Even the trumpeter who assisted the duo during their set was a pleasure to watch.

The big song of the night that seemed to attract most of the crowd was ‘Better In Yellow’ taken from the new EP ‘Made In Streatham’. The song tells of a “girl of the future” who seems to be changing to “blend into the crowd” but instead of doing so, would “look so much better in yellow”, an anthem which I think applies to most of us these days, trying to blend in and not being true to our ambitions.

The new EP features some of the duo’s well-known tracks and some new ones too. One of their songs, ‘London’s Blues’ reminds me of the Indie legend, Hozier’s song ‘Angel Of Small Death & The Codeine Scene’.

If you are a fan of new Indie music and hints of jazz all brought together by a duo displaying a fresh take, then Ferris and Sylvester are for you. Don’t forget to catch their new music video release for ‘Better In Yellow’, a great old-style vintage film featuring plenty of yellow indeed!

‘Made In Streatham‘ is out today.