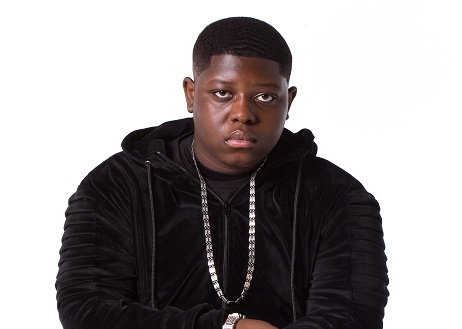 Rizzy Entario is a fairly new artist to the UK rap scene but he’s already been making his mark with singles ‘100 Properties’, ‘Flexin’, ‘Wavey’, and the recent ‘Bad B‘ and ‘OTG’. Rizzy is influenced by the sounds of Mostack, Not3s and J Hus but he definitely has his own sound which has an upbeat afro-fusion feel with undertones of RnB.’OTG’ (which stands for On The Grind) incorporates Rizzy’s playful flow and clever wordplay with a dreamy keyboard drenched beat and compelling hook.

Neon Music chatted to Rizzy about his new music video, UK rap and much more….

Tell me about your latest single and visuals for ‘OTG’?

OTG is a song about me being on my grind, only being focused on money aka figures and trying to not let broke people bring me down.

How would you describe your sound to new listeners?

My sound is very unique and diverse because I can jump on different types of genres.

What were your personal expectations, if any, before your last single ‘Bad B’ dropped?

I expected ‘Bad B’ to have a heavy impact on the music scene, it didn’t really do so, but it’s just part of the game, just have to be patient

How do you think UK rap has evolved the past few years?

UK rap has evolved in a very incredible way the reason I say this is because back before people in the UK were trying to copy American rappers style, whilst now we have managed to create our own sounds.

What have been the highlights of the past year?

A highlight of this year is gaining thousands of genuine followers who genuinely support me and my music.

Top 3 tracks you are listening to at the moment?

What is influencing you at the moment?

How much time do you spend on social media per day?

I don’t really spend that much time on social media apart from snapchat.

What do you find are the biggest challenges of being in the music industry today?

The biggest challenge is trying to sound unique and not being compared to other people.

I would love to work with a rapper called Loski because of his style and the way he rides beats.

What’s a typical summer’s day for you?

Out with my boys going places and having a good time.

I don’t think I have one, to be honest?

What’s next for Rizzy?

I’m working on an EP which should be released before 2018 is over.

You can stream ‘OTG’ here.