Taste the summer with the new single ‘Make It Better’ from Rave Radio feat Go Comet! via Vicious Recordings. Continuing their theme of releasing summer house anthems the DJ duo from Queensland, Australia, smash it with this track which contains all the ingredients to make you have it on repeat over the summer months. A euphoric wave of funky bass and a lush soundscape with a sunkissed chorus creates a wanderlust feel. Silky vocal chops are courtesy of Go Comet! who has previously worked with Botnekand LazyRich. 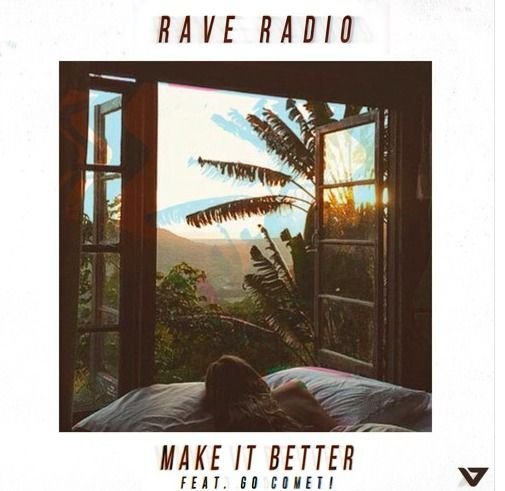 ‘Make It Better’ follows the duo’s spring release ‘Morning Light’ as well as ‘Carry You’ and ‘Turn Me Out’ which racked up over 3.5m plays on Spotify. The energetic pair are well known for combining live performance elements with high-octane EDM sets. They have a stream of viral videos on Facebook raking over an astonishing 19 million views. Previous videos include a satirical iPhone remix, LinkinPark going off in a club and various vlogs of their adventures. Rave Radio is currently in the middle of a massive Asian and Australian tour and will be gracing European shores soon.

Rave Radio discuss their new single and what they have planned for their own summer:

Tell me about your new single ‘Make It Better’?
It’s about that stage in a relationship where you’re divided after a big argument or issue whether to throw in the towel and move on or work on the relationship to make it better. It’s a little ambiguous as it has such a summer uplifting feel but tells a story of deciding your problems are too big to overcome. We’re super excited to hear what everyone thinks of it.

​​
How did you get together to form Rave Radio?
We both dated the same girl in high school. Instead of fighting it out, we became mates and started DJing…..jokes. We met at uni. But that sounds boring…

Favourite place to perform and why?
Hmmm….our hometown is up there as we have so many fans plus all our friends, but also the Philippines has been amazing to play too!

What are your plans for the summer?
We’re doing our first European summer tour, hitting Electric Love in Austria, some clubs in Croatia and UK. Super stoked!

What track are you dying to remix?
As soon as we heard ‘This Is America’ from Childish Gambino, I knew we had to flip it. So we did. It’s a free download on our Facebook page.

Who or what is influencing you at the moment?
These colder nights in Australia are great for moody songs and pulling up old songs that we’ve forgotten about.

What do you love most about what you do?
We have this amazing opportunity to travel the world, get paid and play our music to strangers. Dream come true.

What’s next for Rave Radio?
After this single, we’ve got our next 2 singles done, so shooting music videos and getting those ready. European summer tour is what’s on our horizon and we couldn’t be more excited.

You can listen to ‘Make It Better’ here.