CoCo and the Butterfields Live At The Islington 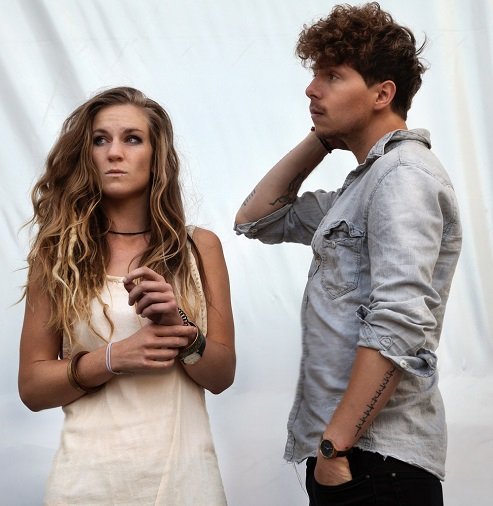 With its intimate vibe and an impressing stage shrouded in red velvet, The Islington provided the perfect venue for CoCo and the Butterfields inaugural gig for their forthcoming EP ‘Monsters’. The Canterbury-born pair began with ‘Battlegrounds’, a gutsy and powerful track that showcased the band charismatic stage presence and beautifully harmonic vocals.

Next to be played was the EP’s eponymous track ‘Monsters’, and it was during this track that the band taught the audience how to sing the chorus, a moment which ensured every face in the room was dressed with a smile. What followed was a rousing performance of ‘Astronauts’, a hypnotic rendition of ‘Robots’, as well as a particularly beautiful version of their soon-to-be-released track ‘Puppets’.

The pair, who met busking on the ancient streets of Canterbury, have spent the past few years honing their sound and harmonies, and they have created something truly special. Dulcima’s vocals float ethereally throughout their catalogue bestowing the tracks with a real delicacy, whilst Thomas provides the tracks with depth and resonance.

The pair is set to embark on their UK tour in October, finishing their season of gigging in March with a gig at the O2 Islington.