Celebrity Children Who Are Now Musicians 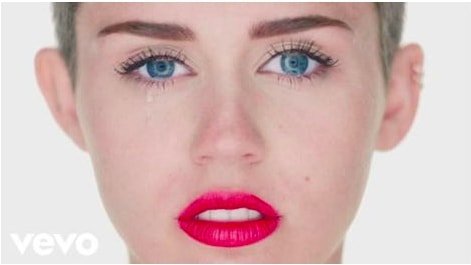 Some things run in families: genes for red hair, the ability to roll your tongue, and, in some cases, that je ne sais quoi that makes someone a star. In fact, for many celebrities, talent seems to be passed down from generation to generation, with the children of many major celebs following in their famous parents’ footsteps. These celebrity offspring are selling out stadiums across the globe, in some cases, even surpassing the success of their famous parents before them. Not sure who we’re talking about? You might just be surprised by these famous musicians born into celebrity families:

Sean Lennon: Sean Lennon, late Beatle John Lennon’s son with activist and artist Yoko Ono, certainly followed his famous father’s career path. In addition to playing with bands like Cibo Matto and Ghost of a Saber Tooth Tiger, Lennon has had a prolific solo career, selling out venues from New York to Los Angeles with his cool, indie rock sound.

Miley Cyrus: Miley Cyrus has easily become the most famous member of her family, but she’s not the only star in the Cyrus clan. The Disney-star-turned-pop-star is the daughter of none other than “Achy Breaky Heart” singer Billy Ray Cyrus, whose ’90s hit made him one of country music’s most recognizable faces and voices. And Miley’s not even the only famously musical offspring of the Cyrus clan: Miley’s older brother, Trace, is a musician, as well.

Stella Santana: Carlos Santana is a household name, famously playing in the band Santana for decades starting in the 1960s, and, more recently, collaborating on major hits with artists like Wyclef Jean, Lauryn Hill, Rob Thomas, Dave Matthews, and Eric Clapton. Clearly, the guitar prodigy’s talent rubbed off on his daughter, Stella, who has launched a successful R&B-infused pop career in recent years.

Redfoo: Dance rock duo LMFAO may seem like just another novelty act, but the group’s members are actually music royalty. Redfoo, one of the two men who make up the band, is the son of legendary producer and songwriter Berry Gordy, and Sky Blu, the other half of the electronic dance music duo, is Gordy’s grandson and Redfoo’s nephew.

Willow Smith: One of the youngest celebrity offspring to hit it big in the music business, Willow Smith—the daughter of Will Smith and Jada Pinkett Smith—was just 10 years old when her hit single, “Whip My Hair,” began climbing the charts. Now, at the ripe old age of 17, the songstress has become a force to be reckoned with in the music industry, with two full-length albums and an additional two EPs under her belt.

They say that talent is genetic, and these famous offspring prove that very thing is undeniably true. From the worlds of indie rock to hip-hop, these musical celebrity kids are making major names for themselves in the recording industry.