Celebrating The High Priestess Of Soul That Is Nina Simone

Today marks what would have been the birthday of the late, great Nina Simone who was born in 1933 and sadly died on her birthday in 2003. Everybody knows and loves the likes of iconic tracks such as  ‘My Baby Just Cares For Me’, ‘Feeling Good’ and ‘Sinnerman’, and rightly so, but many of Nina Simone’s lesser-known songs are equally fantastic. Here are ten of the best deep cuts from the high priestess of soul herself.

‘Tomorrow Is My Turn’ 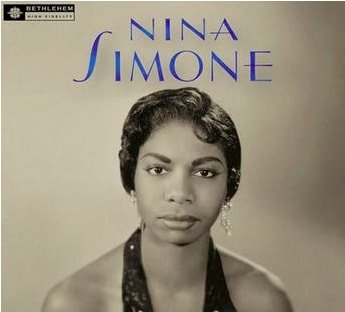 ‘Tomorrow Is My Turn’ was originally a song by French singer Charles Aznavour called ‘L’Amour, C’est Comme Un Jour’. The lyrics were rewritten in English for Nina’s rendition, but the continental sense of class remains. The track’s jazzy piano and horn arrangements ooze sophistication. Beneath the luxurious exterior, however, lurks a more ominous undertone.

At first glance, the song appears optimistic as its chorus states conviction in better days to come, but the foreboding string line that swoops in afterwards suggests that all is not as rosy as it seems. The verses meanwhile doubt the amount of control anybody really has over their fate. Is tomorrow really going to be any better than the present? The haunting way Simone holds the titular lyric towards the end of the song suggests that maybe it isn’t.

‘That’s All I Ask’
One of Simone’s most romantic numbers, ‘That’s All I Ask’ perfectly captures the feeling of being deeply, deeply in love. The remarkable expressive ability of her voice is on full display here; she milks as much feeling from every individual word as possible. If I ever get married this will be a shoe-in for my first dance song. Dusky, nocturnal and incredibly intimate.

‘My Man’s Gone Now’
This song comes from the same opera as ‘I Loves You Porgy’, the song that made Nina Simone a star in the first place. Whilst that song, however, was tender and romantic, ‘My Man’s Gone Now’ is one of her darkest and most harrowing numbers. The song quietly builds in intensity over a moody bass line before erupting into a haunting expression of grief. Simone’s wails in the song’s climax are among the most cathartic moments in her discography.

‘Don’t You Pay Them No Mind’
On the surface, this is an uplifting song, but the emotions being articulated are incredibly bittersweet. It’s a love song, but one channelled through the pain of ostracisation. Simone feels spurned by the people around her, surrounded by enemies and weighed down by feelings of rejection. Still, she finds comfort in the arms of the one person who really matters. Her message is clear – we’re outcasts but we’re outcasts together; we have each other and that’s all that matters. Who cares what anybody else thinks?

‘Seems I’m Never Tired Lovin’ You’
A beautiful ballad featuring just Nina and her piano. Her vocal performance here is just breathtaking honestly, it aches with longing and devotion. The stripped down nature of the performance also makes it a good showcase of her virtuosity – see how the effortlessness of her piano playing disguises its intricacy, or how she finds a different way to sing the title of the song each time it appears, each more soulful than the last. The song exudes a warmth that I’m sure could convince even the most cynical individual of the potential power of love. A ray of sunshine. This song makes me smile.

‘Cherish’
‘Cherish’ is a cover of the song made famous by American pop band The Association – and is an excellent showcase of Simone’s miraculous ability to draw strong emotions from a rather schmaltzy source material. It captures the feeling of heartbreak that comes with knowing you can never be with the person you want to, but also the joy of being in love in the first place. Nina’s vocal performance again makes this song – particularly during the build-up of the song’s midsection. She sings “I’m beginning to think that man has never found / The words that could make you want me / That have the right amount of letters, just the right sound / That could make you hear, make you see / That you are driving me out of my mind” with a combination of passion and frustration that simmers with pent-up desire. I also have to give props to the way her backing vocals are layered from the second verse onwards – really gorgeous stuff.

‘Break Down And Let It All Out’
Originally recorded by the O’Jays in 1965, Simone turns their rather smooth rendition into something triumphant and galvanizing. Nina Simone may have had a tragic life but she was no victim, always self-assured and strong, and this is one of her most empowering performances.

‘Don’t Explain’
This song is a sombre portrait of a woman who is devastated by her partner’s infidelity, but can’t bring herself to leave him. Simone’s performance here is a restrained one; she remains composed throughout, her voice soft and hushed, but you can hear the heartbreak beneath the surface. “Don’t wanna hear folks chatter, cause I know you cheat” she sings – she does not want to accept her partner’s actions as it would mean confronting him and she loves him too much to be without him. The situation the woman in ‘Don’t Explain’ finds herself in is one with no solution, and so the song provides no moment of catharsis, only a quiet sense of despair.

‘Stars/Feelings’
‘Stars/Feelings’ is a two-part, seventeen-minute tour de force from her excellent live album Live at Montreux 1976. It was recorded – you guessed it – live in at Montreux in 1976. It’s long run time gives Simone plenty of room to elaborate; she ambles all over her piano and takes the piece in a number of different directions, building it up and tearing it back down again and again. Despite its many twists and turns, her performance remains sombre throughout; imbued with a deep sense of fatalism that sticks with you long after the track is over. It was used in a particularly heartbreaking scene in Bojack Horseman’s season 3 finale and it’s not hard to see why.

‘It Be’s That Way Sometimes’
The opening cut from one of Nina Simone’s most underrated albums, 1967’s Silk and Soul. Nina Simone herself was so show-stopping that people often overlook the talented musicians that she worked with. They’re out in full force here; check out the silky guitar licks that run throughout the song in particular – they sound like liquid gold! The main attraction, however, is, of course, Simone herself, who belts the song out like her life depends on convincing you that everything is going to be ok. Nothing improves a bad day like giving this a spin, it radiates positivity in the face of hard times.
“Don’t let the problems of this world drive you slowly out of your mind / Just smile, look at the problem and say it be’s that way sometimes” – Thanks, Nina, we’ll try our best.