Celebrating Brother Ray’s, ‘A Portrait of Ray’ 60-Years On 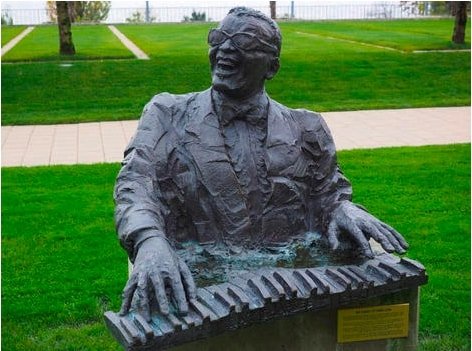 50 years ago this month, the legendary Ray Charles released ‘A Portrait of Ray’, a collection of blues, R&B, soul, and tinges of old-school gospel.

To this day, it’s easily one of the most soulful albums ever produced – a prime example of why today’s musicians still call him “The Genius” or “The Father of Soul”.

‘A Portrait of Ray’ opens with ‘Never Say Naw’ in which Charles’ exhibits his signature blend of blues and R&B. Even when backed by a full band, Charles succeeds at creating an atmosphere that instantly transports you back to a smoky jazz bar in 1968 – an intimacy that channels the likes of Nina Simone also known here at Neon Music as the High Priestess of Soul.

This next song is so iconic that one of its most notable covers is when Batman sang it in the animated series Justice League Unlimited as recounted by Batman News. It’s an ode to lost love that masterfully utilises the smoothness of his voice. With its epic buildup, orchestra feel, and sheer sadness, this song feels equally at home on a Broadway stage or in a dimly lit intimate concert.

‘A Portrait of Ray’ is also the album where Charles released his cover of The Beatles’ ‘Eleanor Rigby’. As the most famous band in the world, it’s no surprise that even The Genius himself was inclined to cover one of their greatest hits. While most Beatles covers are average at best, Sir Paul McCartney actually cites this version as one of his favourite covers.

Ray Charles is easily one of the reasons why modern soul musicians like Robert Glasper, Bilal, Frank Ocean, and Kendrick Lamar are so comfortable with combining soul, R&B, pop, blues, and other genres that flow together like buttered honey. Apart from today’s hits, the influence of ‘A Portrait of Ray’ can even be felt in theatre, as evidenced by a musical production with the same name as the album. The Manhattan Digest reports that the production is a must-see celebration of both Charles’ music as well as the trials and tribulations of his life. This theatrical tribute to Ray Charles stars Dwayne Clark (‘The Color Purple’) as The Father of Soul.

‘A Portrait of Ray’ is just one of the tens of albums that The Genius produced in his long and illustrious career as a genre-bending musical pioneer. He has many other hits under his belt from before and after this album, and some of them still inspire covers by this generation of musicians, especially in today’s multitude of TV music competitions.

In 2016, British singer and former X Factor contestant Gifty Louise did her own rendition of ‘A Song For You’, a classic hit that was penned by Leon Russell but was given new life by Ray Charles. This version showcased not just Gifty’s powerfully soulful vocals – it also showed the audience that old school R&B is alive and well, even in mainstream media. Unfortunately, as Entertainment Daily reports, it was Gifty’s last performance on X Factor. Be that as it may, it’s one of the many Ray Charles covers that are definitely worth checking out.

Of course, it wouldn’t be right to mention ‘A Song for You’ without also mentioning its definitive cover by none other than that legendary Amy Winehouse. It’s the 12th track on her album, Lioness: Hidden Treasures.

Whether you’re the type of soul connoisseur who’s still hung up on losing Amy Winehouse or the type who’s frustratingly waiting for Bilal or Frank Ocean’s next album, check out ‘A Portrait of Ray’ – you will not be disappointed.