Album Formats And How They Have Changed Over The Years 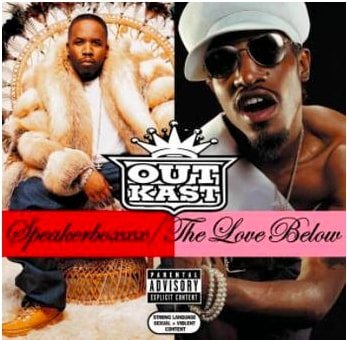 In his book How Music Works, David Byrne says that “something about music urges us to engage with its larger context, beyond the piece of plastic it came on”. This reflects a wider attitude – we don’t see music as an object, but rather as something that exists outside of the physical world. However, since the dawn of recording technology music has indeed existed as a number of different objects. Whether it be a piece of wax, a piece of plastic, a phone or a laptop we for the most part access music by proxy, and these proxies shape the music itself more than we may think. We tend to think of the albums we listen to as organic; pieces of art that exist as the artist intended. However, they are in fact often sculpted by the necessity of format and by the commercialisation of said format. The effects of this have changed over time with changes in format. 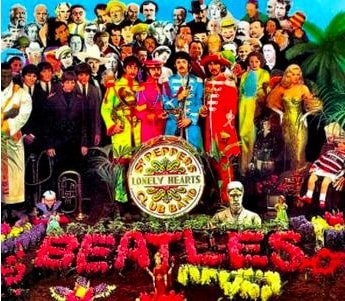 Prior to the mid-1960s albums as a concept did not really exist in the way that they do now. The idea of an album as a single piece of music intended to listen to back-to-front had not yet been introduced to pop music. Artists focused most of their energy into their singles, with albums generally being treated as an afterthought. They were often effectively vehicles for a single or two, with the rest of the record being padded out with filler – often covers or instrumentals. Whilst an artist may have only had a few songs worth hearing, a single sold for less money than an LP, and so it made sense to pad records out to LP length. We can see an (admittedly late) example of this with The Stooges 1969 self-titled debut, which clocks in at a breezy half hour with just 8 tracks. The band only actually had five songs going into the studio (they thought this would be enough), and were forced by their record label to quickly write and record an extra three in the space of an afternoon.

Whilst it was the norm to pad out a record enough to call it an album, it didn’t make sense to fill it any more than that, so the vast majority of albums came in at around the half-hour mark. This started to change in the mid-1960s, as albums began to replace singles as the format of choice in popular music. Many major artists started to treat their albums more thoughtfully; at first just by trying to include a larger proportion of strong material but eventually by making the songs flow into one and other or even by incorporating unifying musical and lyrical themes throughout. We can see an example of this shift in the idea of what an album could be in the discography of The Beatles; their early records had half of their run times padded out with covers, but in 1964 they released ‘A Hard Day’s Night’, which was one of the first pop albums to consist entirely of original material. By 1967 they were putting out LPs like ‘Sgt. Pepper’s Lonely Hearts Club Band,’ a concept album that featured recurring motifs and segues between songs.

As a result of this increase in ambition, albums started to increase in length, moving towards the 40 – 45-minute mark. They still rarely exceeded this, however, simply because 45 minutes is the maximum amount of music that can be stored on a 12-inch vinyl LP. If an artist wanted to release an album that exceeded this length they would have to spread it over two records. For big, established acts this idea could be appealing; releasing a double album was seen as a statement of ambition; a suggestion that the artist in question had so much to express that a shorter running time just would not do. For smaller acts, however, this was risky, as double albums were more expensive to produce and to buy. This meant that the task of convincing members of the public to buy a double album from a smaller name was a daunting one. 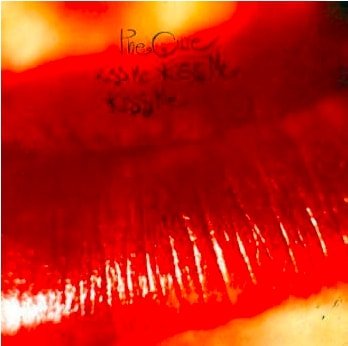 This did not change until the introduction of the CD, which started to replace vinyl as the most popular musical format around the mid-80s (the first album to sell more on CD than on vinyl was Dire Strait’s ‘Brothers in Arms’, which came out in 1985). CDs could store up to 80 minutes of audio whilst also being cheaper to produce than vinyl. Artists at first saw this as an exciting opportunity to release larger quantities of music without having to charge for two records. The Cure, for example, took full advantage of the new format by releasing ‘Kiss Me, Kiss Me, Kiss Me’, which contained over 75 minutes of music, in 1987. They used the extra time to showcase a variety of different sounds and styles in the space of one CD.

However, as time went by what was at first seen as an opportunity became more of a necessity. Moving into the 90s it started to become the norm for albums to run for over an hour, particularly in more contemporary genres like hip-hop and electronic music. The attitude in the industry at the time was that you had to fill the CD – a matter of value for money, and this attitude persisted throughout much of the 2000s. This is reflected in the length of many classic albums of the era – ‘Ready To Die’, ‘The Infamous’, ‘2001’ and ‘The Marshall Mathers LP’, for example, all sit around the 70-minute mark, making them as long or longer than many 60s or 70s double albums. The 90s and early 2000s double albums, meanwhile, reached ridiculous levels of bloat, with big sellers like ‘All Eyez on Me’ or ‘Speakerboxxx’ / ‘The Love Below’ filling up the best part of two CDs and clocking in at around two hours in the process. 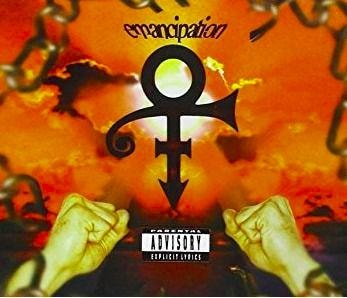 Nowhere is this more clear than when you look at the discography of Prince, a prolific artist whose career spanned both eras (and also a favourite of mine). Most of his classic 80s records are around the 40-minute mark, with the two exceptions, ‘1999’ and ‘Sign O’ The Times’, being double albums. Most of the records he released in the 90s however clock in at over an hour, and the longest, 1996’s ‘Emancipation’, is a sprawling triple album that runs for THREE HOURS. Things had come full circle – no longer constrained by the length of a vinyl record, artists started to fill their albums to the brim, at times I would wager just for the sake of it, in a manner not dissimilar to that found in the 50s and early 60s.

Since the mid-2000s the CD has become increasingly obsolete as a result of the digitalisation of music. This shift in format has again affected the way albums are structured. Music has become for the most part format free; it exists in a virtual space rather than in a physical one (see for example ‘The Life Of Pablo’, ‘Blonde’, or ‘Acid Rap’, massively popular and acclaimed records that have never been made available on a physical format, and therefore can be accessed only via streaming or download). This means that artists have been freed of constraints on the length of their albums (we can see a similar effect in the varying episode lengths adopted by Netflix shows; in the past, they would have been broadcast on network TV and would, therefore, have had to fit a specific running time).

This, from what I’ve observed, has had two opposite effects. In some cases albums are now becoming shorter; free from any sort of expectation imposed by the length of format artists are free to make their albums as long or as short as they wish – and so many have started to switch back to 40 – 45-minute runtimes. This makes sense, as a runtime of this length makes for an easily digestible listening experience and is also possibly more suited to the fast pace of modern life. People don’t have as much free time as they used to and many do a lot of their listening on the commute (I personally can vouch for this). “Millennials” are infamous for their supposedly short attention spans, so it makes sense that the records we listen to have come to reflect this. This return to the shorter running times of the vinyl era may also be a reflection of the resurgence in popularity of the vinyl format itself. 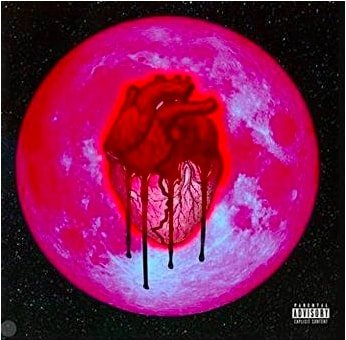 Some acts, however, have started to put out albums that are even longer than those commonly found in the CD era – see for example the 20 track albums favoured by artists like Drake and The Weeknd. To see this taken to its logical conclusion we need look no further than the monstrosity that is Chris Brown’s ‘Heartbreak on a Full Moon’ (which comes complete with a hilariously literal album cover. The record, which was released last year, consists of 40 tracks and clocks in at just under 160 minutes. Over two and a half hours of Chris Brown material! Where is the demand for that? Albums like these are in vogue not only because of music’s digitalisation but also as a result of the rise of streaming. The algorithm that determines the album charts now factors in individual song plays on streaming services, with 1,500 plays being translated to one album sale. You can learn more about this phenomenon here, but in essence what this means is that the more songs an album contain, the more individual song plays it can rack up in one listen, allowing it to “sell” more. This incentivises artists to include more songs on their albums in order to cheat the algorithm and obtain greater commercial success. Indeed just this month Migos have broken all sorts of chart records by becoming the first group since The Beatles to have 14 songs in the top 100 consecutively. This is a feat made achievable by releasing a mammoth 24 track album in an age where streaming laws allow each individual song to chart.

That takes us up to where we are now, but with the rate of technological change, I imagine the manner in which music is presented to us will continue it to change in the future. Up until this point, however, two things about recorded music have always remained true; it has always needed a vehicle, whether that be a physical format or a streaming service, to reach us, and people have always been trying to utilise said vehicle for maximum commercial viability. These things are inextricably tied to the art, and it is likely they will continue to sculpt the albums that are released in the foreseeable future.