“AKA’s The Name” Of This Engaging Artist – AKA George 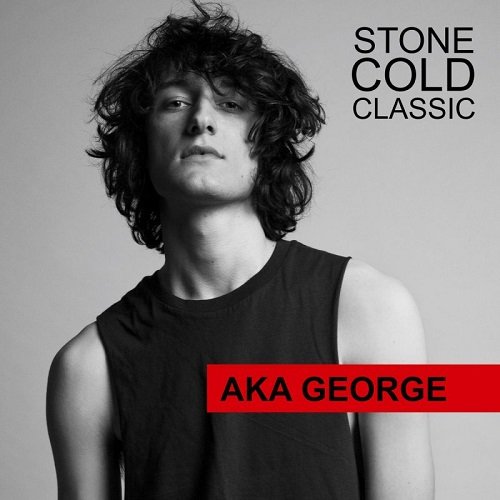 I had the pleasure of watching AKA George (George Barnett) perform his headline show at Camden Assembly last week, and despite it being a smaller venue, he treated his performance and the audience as if it was a sold-out show at Wembley.

Immediately, I was stunned by his confidence as he strutted onto the lit up in red stage to then slide straight into performing his brand new single ‘Stone Cold Classic’ without a sweat. A brave title for a debut single but undeniably, it is a Stone Cold Classic and the atmosphere of the venue helped prove it. Throughout the entirety of George’s set, there wasn’t a soul in the room not singing, dancing or both. A real crowd influencer.

Many music fans would think that Camden Assembly is an intermit enough venue for a great show as it is but AKA George pushes this further by joining the crowd, amplifying his art-rock inspired music by involving his fans in his frenzy. The audience rocked out around him, engaged, following every move as if it was Bastille’s frontman Dan Smith jumping into the crowd at Isle of Wight festival, treasuring every moment in his presence.

Promoting the hype of his music is a skill which comes easy for AKA George wearing his heart on his sleeve. Typical heartthrob, he can also play the piano. It can be difficult for artists to show various sides of themselves during a show but it could not be any easier for this upcoming star. It does not take long for George to switch into the right emotional headspace for his more personal songs sung from the piano. My question is: how can such a hard rock voice still sound amazing with more delicate songs?

My favourite performance of the night had to be the impressive ‘Make it Rain’. A song full of deep synths and heavy guitar, not to mention AKA George’s remarkable vocals sustained throughout the chorus which hit me the hardest.

AKA George is not unknown for his fresh-out-of-the-box persona having being hailed a genius by Pharrell Williams after collecting a cool 30 million views on YouTube and refusing to sign any deals with any label, unlike most new artists who would jump on the opportunity. AKA George wanted to make sure he and his material were ready before taking the plunge into the music industry.

However, that is it; AKA George is not like most modern artists. Given a chance to speak to George after the show, I was able to congratulate him on an excellent performance and to ask a few questions which were playing on my mind.

AKA George’s passion for music sparks from bands such as Muse, U2, and The Killers – groups who put on humungous performances. To be frank, I would expect so as U2’s tour back in 2009 cost $750,000 (£570,000) a day in overheads even when they are not performing! However, George’s influences do not just spring from rock music; he is also a lover of Kanye West and Jay-Z’s collaboration ‘Watch the Throne’.