A Beautiful Song From The ‘Beautiful Mind’ of Nikhil D’Souza

Nikhil D’Souza is a Geologist turned singer-songwriter from Mumbai who bumped into an old friend who reminded him of their childhood when D’Souza had a passion for music and he seemed disappointed he wasn’t pursuing it. And thankfully he did as we are now blessed to hear such creations as his international debut single ‘Beautiful Mind’, an unforgettable song filled with passion. 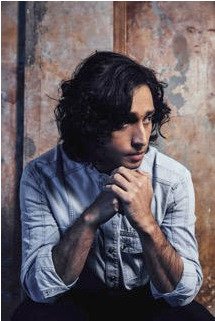 Recorded in Nashville and Los Angeles with producers Jamie Hartman (Rag ‘n’ Bone Man) and Jeff Cohen (Macy Gray, Josh Groban), ‘Beautiful Mind’ features silky vocals which rise over production which starts off fairly stripped down, but then there is a colourful quilt of various textures and sounds from soaring strings to the prominent classical guitar. Its melodic shifts build gradually, matched by D’Souza’s rising vocals and the climax of instrumentals. D’Souza says this emotional track is about a complicated situation in which “you want to be with someone, but she’s seeing a close friend of yours.”

Following the chance meeting with his friend, D’Souza decided to leave Geology behind and after much hustling, he finally got his first big break in singing for an advertisement which led to providing the vocal for actors to mime along to for a wide range of major Bollywood films such as Anjaana Anjaani and Queen. He won the televised South-Asian talent contest SUTASI and subsequently played the nation’s top festivals including the NH7 Weekender and The Times LitFest, while his sets at college events all around the country see him perform to anything from 2000 to 10,000 people. He even represented his country by claiming second place at the Crimea Music Festival, which earned him a significant fanbase in Ukraine and Russia.

‘Beautiful Mind’ is a stunning introduction to this talented artist who is working on his debut album which will be released next year. It’s a song in which you are left in awe as it draws to a close.

You will be able to see Nikhil D’Souza at the following festivals next month: