X Ambassadors Release Dynamic New Single ‘Ahead Of Myself’

Alternative rock trio X Ambassadors release new single ‘Ahead Of Myself’, the first taste from their much anticipated sophomore album and the follow up to their gold-certified debut album ‘VHS’, which featured the two multi-platinum hits ‘Renegades’ and ‘Unsteady’. 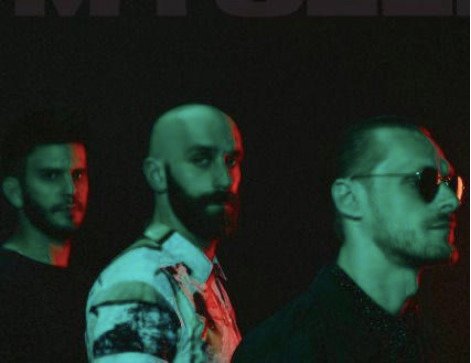 X Ambassadors is formed of brothers Sam and Casey Harris and Adam Levin, their friend from college. Their memorable songs which have intense cinematic depth have featured in multiple feature films: ‘The Devil You Know’ is in a trailer for the forthcoming Tom Cruise film ‘American Made’ and ‘Torches’ was featured in ‘Transformers: The Last Knight’. The trio has also collaborated with a range of big artists including Tom Morello, Elle King, A$AP Ferg, Wiz Khalifa, Eminem and labelmates Imagine Dragons.

‘Ahead Of Myself’ was co-written with multi-platinum selling songwriter, producer and musician Scott Harris (Shawn Mendes, Chainsmokers). It’s a glittering synth-rock masterpiece which starts off with tender acoustic guitar, a toe-tapping rhythm and soft vocals, but then leads to pulsating drums, swooping vocals and a dynamic chorus. It is no surprise ‘Ahead Of Myself’ was added straight onto Spotify’s UK and Global New Music Playlists as well as Deezer and Amazon’s Brand New Music UK playlists.

You can catch X Ambassadors in the UK this summer as they will be playing the Radio 1/NME stage at the Reading and Leeds Festival before headlining a show at London’s ULU on August 29th.