Why Musicians Need a Music Blog Like Neon Music 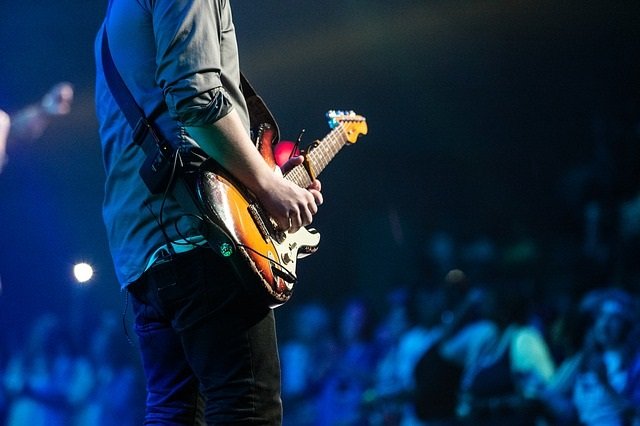 In this day and age, with the mass of new music accessible to the general public via streaming and YouTube, it is sometimes arduous to gain the steady footing to ensure, as a musical artist, your work is seen and heard.

It is also just as perplexing for the general music lover to know what is worth checking out and worth investing some time to absorb the music currently available. It is no surprise really when more prominent artists gain much more of the publicity. Be that on the radio, TV or in black and white in magazines and newspapers.

Not only is this a colossal shame, but it doesn’t help the up and comer, the underdog, fighting and struggling to gain a following and fresh pair of ears that should be so rightly theirs. That is the Brilliant thing about Blogs like Neon Music, and similar music blogs of this nature. They can give a relatively unknown artist a chance at being heard. A chance to gain some steady footing in what can be a constantly shifting industry, which at times can be hard and unfair.

As a writer for Neon Music, I take great enjoyment in discovering music which may have passed me by. Music which, given the talent involved, would be a dreadful shame not to be heard. I also take pride, as do all of the staff at Neon, in helping these musical artists gain a more significant following and a few more eyes on their name. Something, which as an owner of a business, I completely understand the importance of.

New music is always being made, and all these artists need to start somewhere. Even the biggest household names started as unknown bands, battling and agonising to get somewhere and to see the fruits of their labour pay off in a worthwhile way. This is why Blogs like Neon Music are here.

Genuine lovers of music usually write for music blogs. People with a passion and understanding of the art. A review in a newspaper, for all we know, could be written by someone with no love for music, and the little nuances that make it such an essential and vital art form. It deserves respect, which in my opinion isn’t always given.

I have written about music as an important method of dealing with mental illness. But even someone going through a breakup may turn to a particular song for help.

Opinions stated, Music Blogs such as Neon Music are usually genuine and have no reason not to report the truth. Music blogs are also open to a varied array of music styles, much greater than that of Metal Hammer or Kerrang, and cover more than just the most popular genres of the modern time, or the current trend.

Some of the most excellent music, to me, is the stuff that is different from the norm. Music that is experimental, and against the grain of a modern standard in music. And some of this massively different stuff is probably not going to be looked at by many of the bigger, more egotistical publications. Some blogs deal with particular genres too, and that can be a good thing. A specific focus can be delivered. Let’s face it, some people just like Rock or Dance Music.

As a bit of a metal head, I grew up listening to bands like Slayer, Maiden, and Sabbath. So naturally, I was a good fit when I started writing for Atom Smasher Music, a blog that purely deals with Metal and its various sub-genres. All of the writers there had a passion for metal music, and it showed in the write-ups on their site. None of the featured articles were biased, and all had an intricate honesty that you don’t get in a newspaper.

Neon Music is no different and is, in my opinion, an essential blog for musicians. As they are a music discovery platform and rarely cover anything mainstream, all of their dedication is to the artists with no one fighting in their corner.

If you want your music to do well, you need to be featured on a blog like this.

The massive upside to being featured on a music blog such as Neon Music is the audience it opens up. Readers of a music blog, even a small one, are reading for a reason. They want to discover new music. They want to ascertain hidden gems amongst the stupendous mass of music currently available. Being featured in Neon Music is going to open up many doors for an artist on the rise. Doors which may have otherwise stayed shut.
It is an essential form of marketing for your music and one that can have a significant impact. Not only do Neon Music feature your music on their actual blog, but also on their social media, making the potential audience to your musical output even greater.

Also, it is much easier to build personal relationships with writers from a music blog. Writers from giant conglomerate publications are less likely going to bother with up and coming artists and are even less likely to share your music on social media. I’m sure they wouldn’t have an issue doing it for a major celebrity, but that leads back to why the smaller blogs tend to have writers who are at heart, genuine lovers of music.

I have many artists I have covered on my twitter, some of which have become good friends. Sometimes it is because their music spoke to me in a different way too much of the stuff I listen to on a daily basis and trust me, I always have headphones on.

Music blogs will also give the up and comer a chance to give interviews, and let the reader get to know these artists better. Not only is this going to boost your fan base massively, but it also is excellent publicity. These features will also be much more in depth and my opinion, of more superior quality.

If you want to be featured on Neon Music, Get in Touch!