Who Will Be Blowing Up The Latin Music Charts This Year? 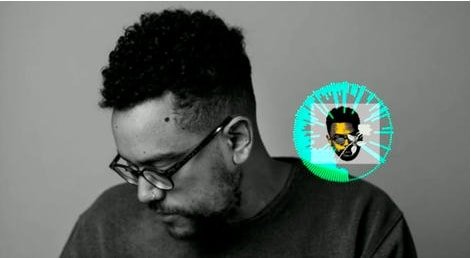 Latin music is one of the fastest-growing genres in the world, with artists from Medellin to Miami blowing up the charts and introducing countless new fans to the genre each year. In fact, according to the Recording Industry Association of America, Latin music is becoming more and more popular by the day, with sales of Latin music growing by 44 percent in the United States alone between 2016 and 2017. For fans of the genre, this likely comes as no surprise: new Latin artists are hitting the mainstream airwaves every single day, making a huge impact on the entire music industry with their invaluable contributions. Whether you’re already a Latin music fan or are eager to get an intro to this musical genre, here are the Latin artists to watch in 2018:

Arsenal Efectivo: If you love Latin guitar, you’ll flip for Arsenal Efectivo. This Latin trio’s music has a traditional feel to it, but they bring a stunning musical proficiency and laid-back to the genre that makes this band a total game changer. Better yet, thanks to their mix of old-school and new vibes, their songs are just as at home on a playlist for dinner at your grandma’s house as they are perfect for a day out driving with your friends.

COASTCITY: COASTCITY, the brainchild of singer-songwriter-producer Jean Rodriguez and producer Danny Flores is a perfect introduction to Latin music. Their debut single, Noches y Mañanas, sung in Spanish and English, combines pop, soul, and R&B influences for a unique and infectious vibe.

Jesse Baez: Latin music just got a new hipster heartthrob, thanks to tattooed, bespectacled Jesse Baez. In addition to his trendy style, the Guatemalan singer’s soulful voice and sexy R&B vibes make him an artist that you’re sure to see everywhere in 2018.

MelyMel: Dominican rapper MelyMel is here to give the Latin music genre a much-needed infusion of girl power. The 29-year-old artist’s rapid-fire lyrics and unapologetically bad-ass persona prove what serious star power she has.

TINI: Martina Stoessel, better known by her stage name, TINI, is creating fun, danceable music that Spanish- and English-speaking audiences alike will love. With hints of Dua Lipa, Halsey, and ‘80s artists rolled in, this former Disney star is bound to take the music industry by storm this year.

Expand your musical horizons in 2018 by delving into the Latin music genre. These talented Latin artists are definitely worth a spot on your playlist this year.