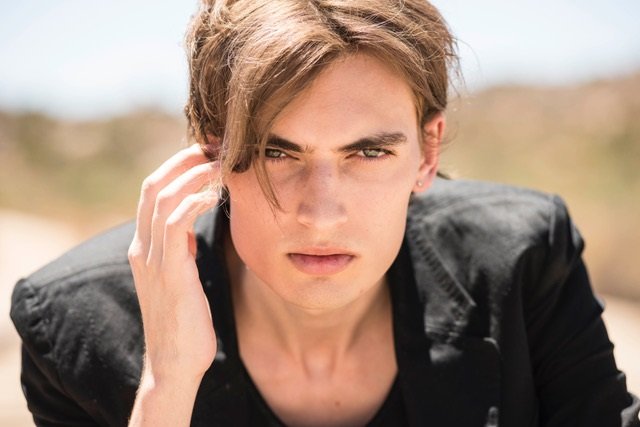 Trevor Drury is doing all the correct things with his latest single ‘Head on the Tracks’ despite being in a crowded field in 2019’s Sam Fender, Tom Walker, and Lewis Capaldi world.

The former Tom Ford model and San Diego native croons “It’s just a show, got miles to go” over a dramatic piano-led track. Combining a mix of dramatic and quickly intensifying production, courtsey of Grammy-winning Marc Swersky and mixing by legendary Mark Needham (The Killers, Fleetwood Mac, Imagine Dragons), the track ticks many boxes in the sound and direction of where pop currently sits on the streaming charts.

Drury goes on to deliver a strong male pop vocal with Bowie styled inflections “What’s the matter, why you closing your eyes – what a pointless disguise, can’t you lie to the skies?” which comes across endearing enough. While his high budget new video that just dropped on Vevo shows off his chiselled cheekbones and good boy acting badly attitude.

‘Head on the Tracks’ marks a departure from previous single, 2018’s ‘Jealousy’. Drury excites his fans with growth both as an artist sonically and his vocal delivery. Raised in San Diego, Drury moved to New York and is now a now a student at London based music institution BIMM.

The new music video following the single is announcing more to come – Drury has new shows booked and tracks from the EP dropping throughout the year. Here’s hoping Drury the enigma can deliver on his hype.