The Top Five Disney Stars Who Have Become Famous Singers 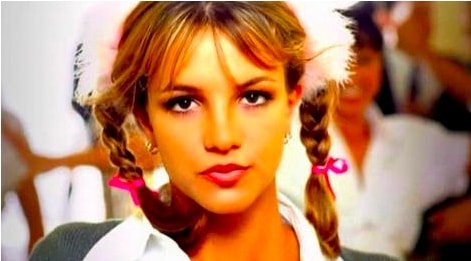 The entertainment industry may seem like it’s cranking out new talent all the time, but in many cases, the same stars who started in the industry as kids are still making a living entertaining as adults. While some child stars simply continue their career path in entertainment as they get older, there’s one talent incubator that’s churned out more superstars in the business than any other: Disney. However, instead of just continuing to act, many of the stars from the Disney Channel’s hit shows have become the music industry’s biggest talents, earning both awards and worldwide recognition for their vocal talents. Check out this list of singing sensations who got their start through Disney:

Hilary Duff: Long before she was known for hits like “Come Clean” and “Sparks,” Hilary Duff was known to kids around the world as Lizzie McGuire. At just 13 years old, Duff landed a role in this coming-of-age series as the title character. The show, which followed the life of a teen girl and her eclectic family and friends, had two highly successful seasons and spawned a feature-length film.

Demi Lovato: Before Demi Lovato was an X Factor judge, she was honing her talent on The Disney Channel. The 25-year-old star had her breakout role in Sonny with a Chance, which aired from 2009 to 2011. She followed that role with a star-making turn in the 2008 movie musical Camp Rock alongside The Jonas Brothers, and the rest is history.

Justin Timberlake: This Grammy Award-winning megastar was once just a kid singing and dancing on stage with his peers as a cast member on The All-New Mickey Mouse Club. Timberlake was on the show with fellow future recording artists Britney Spears and Christina Aguilera for two years, ending his run when the show was axed in 1994.

Britney Spears:One of the most popular pop artists of all time got her start as a Disney star, too. In the early 1990s, shortly after Disney revived The Mickey Mouse Club with a reboot dubbed The All-New Mickey Mouse Club, Britney Spears joined the cast, performing on the variety show until it was cancelled in 1994.

Christina Aguilera: This five-time Grammy Award winner got her start on Disney’s All-New Mickey Mouse Club in the 1990s, much like her contemporary, Britney Spears. Aguilera was on the show from ages 11 to 14, when she started setting her sights on the recording industry.

The world of celebrity can feel far out of reach, but that doesn’t have to be the case. Whether you’re living in a spacious luxury condo or a cramped one bedroom apartment, those dreams of celebrity don’t have to feel so out of reach. These Disney stars prove that even humble beginnings can churn out some of the world’s biggest stars.