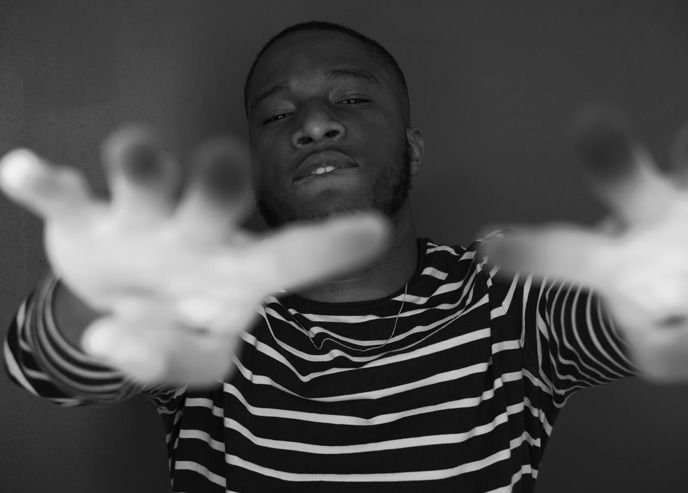 Afroswing is the sound dominating the UK music scene and beyond. Someone shaping this concept, a fusion of dancehall, afrobeats, R&B, hip-hop (and more), and making it his own is British artist IfeFinch. His EP ‘Courtesy of becky’ is out today and is jam-packed with floor-fillers containing the infectious ingredients of buoyant grooves, melodic rap, syncopated percussion and earworm melodies. We’ve been championing IfeFinch since the release of his super catchy single ‘More More More’ but had no idea he had been making for so long and is still so incredibly young (19). Once you speak to him you realise his attitude is way beyond his years and he comes out with many intuitive comments and anecdotes.

​​
IfeFinch says, “I started making beats when I was 8. I was in the music business when I was 14 by selling beats online particularly to America and Canada. I set a goal for myself and I reached it – I was producing other people by the time I was 16.” IfeFinch is not just making music but is also in the middle of a Law degree. He says, “I appreciate knowledge at a deeper level. My music doesn’t show how much I value education as I grew up in a bad area and a lot of people aren’t doing for themselves there, but I got out. I got to this level.” He an incredible work ethic and outlook on life for someone so young. “I enjoy music but at the end of the day, it’s a business. If you can’t read a contract properly, if you can’t educate yourself then people can take advantage. I thought how can I market myself as a business person and build my platform to the highest possible level?”

And anyone who is familiar with IfeFinch or follows him on social media will be intrigued by the name becky which crops up often. IfeFinch revealed the meaning to me, but I won’t spoil it. His new EP is even named ‘Courtesy of becky’; the name has played a big part in his life and career so far. IfeFinch laughs, “Yeah becky, that will be revealed later on”, he continues, “courtesy of becky, courtesy of me – it’s a representation of me and my brand. People always wanna know what it is.” 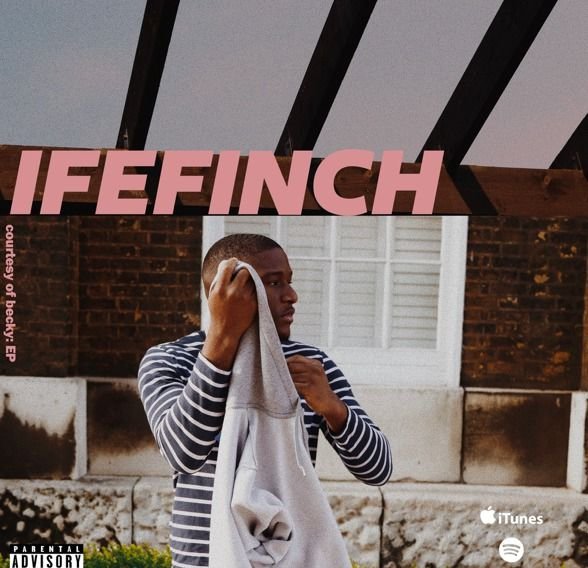 And why the release of an EP at this stage? He explains, “I feel like I’ve got to a point where I’ve been releasing a lot of singles, some do well and some are just out there. I want to put out a body of work.” At the beginning of the year, IfeFinch lost nearly 8 years of music after his computer was stolen. At the time he was at university and had exams and couldn’t think of the pressure. “In February I really thought about it and had to start again. The first single ‘Where You Been’ addresses the people who have been coming up to me asking where I’ve been and if I’m still making music. So I’m answering their questions.” His latest single which is also on the EP called ‘Black Woody’ is about “how in life you start clocking fake people around you and you have to get them out of your life.” ‘La La La ‘ is about “how I met all these amazing artists last year, doing a show, feeling good and making the listeners also feel good.”

​​One thing that really stands out with IfeFinch’s music is that it is very upbeat and feel-good. He says, “I’ve had a lot of personal experiences, but where I’m at in my life I don’t feel ready to share that. I like to talk about the good stuff, even if it is a bit deeper I still want people to be able to dance to it. Once I get to that point there will be a shift in my music.” He adds, “music is a form of escapism. You listen to it for a feeling or inspiration. I’ll be able to give (the listeners) more of me and my belief system as a human being.”

IfeFinch doesn’t write anything down, “It’s how I feel musically, whether the beat is making me feel emotional.” And he is his own personal recording studio, “Black Woody, I made that beat while having a conversation with my older sister and ‘Where You Been’ I made in my kitchen. It doesn’t matter what equipment you have, it matters how you use it.” We discuss his sound and inspirations, “I guess I’m hip-hop but different. I try to listen to new music as much as possible and I don’t hear anything that sounds like me.” He notes Nipsey Hussle as a big inspiration.

So what’s next for IfeFinch? “I will release some music videos, interact with my audience and find a balance. I’m starting to get a solid team of people around me who understand the vision.”

‘Courtesy of becky’ is another milestone for IfeFinch. It warms listeners up for the coming summer months and all that surrounds that; sun, fun, festivals and freedom. As he produced, mixed and mastered the project as well as performing, every molecule is made up of IfeFinch’s own distinctive style which is self-assured and Afroswing-centric.

Another nugget of wisdom from this talented and incredibly bright young artist, “Money comes and goes, the main thing is the art. I try to give off as much positive energy as possible. Fame is not the be all or end all – as long as a kid can listen to my music and feel happy.”

You can stream ‘Courtesy of becky’ here.