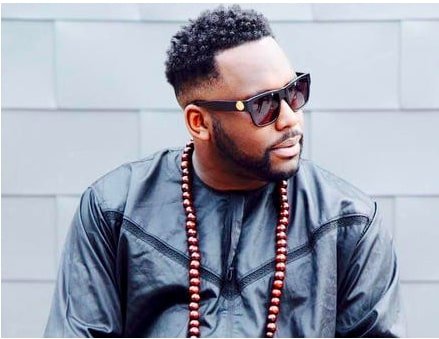 What do you think of when you hear Afrobeats music? I think of sunshine, dancing, love and positivity. Sounds like a Disney film doesn’t it? But this can fit into your life wherever you are, whatever you’re doing. And don’t we all crave that good feeling in our lives? Someone who thrives on Afrobeats music and makes it pretty damn well is Silvastone, a producer, singer-songwriter, DJ, “an all round as busy as possible” artist.  In fact, when we speak it is a Sunday night where I have spent most of the day comatose on the sofa whereas he has been in the studio and is as fresh as a daisy and buzzing with energy and creativity.

Silvastone was born in London to parents from Ghana and Sierra Leone and is renowned in the UK music scene.  When he started making music Afrobeats wasn’t as prominent as it is now, but he wanted to create the kind of music he personally enjoys listening to and was pleasantly surprised when it started to get more and more popular.  Now Afrobeats is integrated into so many genres of music and you might not even realise you are listening to a current song or artist where Afrobeats is at the heart of it, but Silvastone has been at the forefront of this scene for a while and continues to do it his way.  He says, “the thing about Afrobeats and African music is the energy and the love. You are not singing about negative things such as “I’m gonna shoot you or kill you,” Afrobeats doesn’t glorify violence.  He says, “there is not a lot of positive music; music that makes you feel good.  That’s what I love about Afrobeats and the whole genre and that’s what I’m about.  It speaks well to who I am.”  He adds, “also it’s music that’s enjoyable and fun.”

Silvastone’s latest video, ‘Remedy‘, an R&B/hip-hop-infused Afropop track proves this.  He wrote the song with Frank T Blucas and he says of it, “the vibe is so dope with a summertime vibe.” Everyone loves the summer, “they remember the summertime songs.” The video was shot in Ravensbourne Park and behind Ladbroke Grove, West London this August.  He said, “when I was creating it I thought that’s the kind of video I like, the beauty of everyone hanging out and having fun; everyone’s happy.”  He was “lucky and blessed to capture London at that time.”  What is wonderful about this genre of music and Remedy is that it “doesn’t matter if you’re young or old,” it’s for everyone.

Silvastone is a workaholic, but he doesn’t see it that way as he is blatantly doing what he loves.  He says the writing process can be a little crazy, “I start making music then get an idea, a beat then playing keyboards on the beat, then making melodies in my mind. As soon as I get a melody I have to record it.  It will be gibberish or 1-2 words that are hooklike then I start writing the lyrics.  Before you know it you’ve got a song.”  For Silvastone it’s all about the vibe (one of his favourite words).  And this can be anywhere, even in a hotel room with little inspiration.  He says, “the mood that I’m in helps me come up with the vibe and energy. I don’t try to think about it too much.”

He really enjoys the writing side, then performing and being on stage with a live band, feeling the energy from the crowd.  He would also like to help other artists to open up the scene, “African music is very small here in the UK, even smaller here in London.  There are not many artists that do it.”  Silvastone himself is always back and forth from Africa, spent some time there recently and plans to do some shows there this month.

He understands with the rise of Afrobeats in popular culture, it’s important to keep understanding and keep putting the music out there.  “In Africa, there is 100% of Afrobeats music at parties whereas it’s not the case over here”.  You have to “make sure you grow the scene with good material.”

Speaking to Silvastone about his dream collaboration, it’s surprising at first to hear him say Coldplay, but actually, it’s a really exciting prospect and hopefully one he will explore further.  Music idols include Sting, Tupac, he “likes what Prince did, he built his empire around him”, Bob Marley, “his music touched so many people.”  Silvastone listens to a lot of different types of music; “jazz, classical to get different vibes and energy.”

I ask what advice he can give to artists just starting out whether they are creating Afrobeats or other genres of music.  He says, “feed the community that loves you.  Think outside the box.  Go to people who you think might not like it.”

Whatever Silvastone does next is bound to contain his contagious enthusiasm for life, for music, for positive vibes.  You might not be able to bottle that, but you can certainly put on some Silvastone and don’t forget to turn up the volume.

It has just been announced Silvastone is performing at the SXSW Festival 2017 in Austin, TX next March.