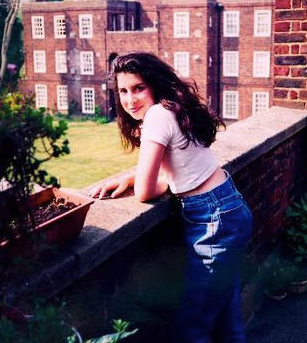 It was the weekend of July 22nd and 23rd that I found myself back in Camden, what seemed to me as a particularly poignant moment six years on from the death of a legend, an icon. Amy Winehouse to me is the image of a musical genius – as a self-confessed fangirl (I am a shameless copycat of the heavy winged liner and sport a tattoo of lyrics from ‘Tears Dry on Their Own’) it seemed prudent for me to visit the current exhibition at the Jewish Museum London, especially on such a significant weekend.

As I entered the museum, I was unsure of what to expect. I feel as though many fans,
particularly those who have watched Asif Kapadia’s 2015 documentary ‘Amy’, might walk on tenterhooks; there is no secret of the troubles that plagued Amy Winehouse, and with this recent portrayal of her story came confronting, if not slightly disturbing, insights and revelations into her life. Although the documentary moved me to tears, as a fan it does, admittedly, become tiring to consistently hear the negative stigmas which have become tied to her name. It’s unfortunate, to say the least. Yet there is a certain aura surrounding Amy Winehouse, generated perhaps by her incredible intensity, but also perhaps by this haunting knowledge of what she battled – hence why so many have labelled her life as a tragic, yet stirring story. For me personally, this prior knowledge was also coupled with a certain emotional attachment to the late singer; my love for her music comes from a deeper place than just simply enjoying it. 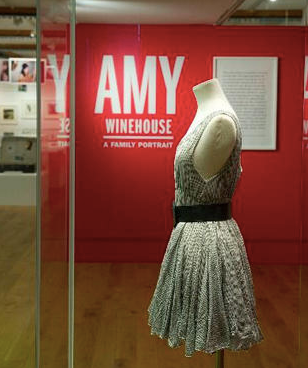 ​I feel like many fans can understand when I say that her music was moving in a way that it became more than just a song; it became a point of identification, of relatability. It’s unfortunate that it was only in the years after she died that I formed this connection to her music, but at a certain difficult stage in my life, I felt particularly connected to her ‘Back to Black’ album. It’s difficult to express through words; it’s almost as though the raw emotion of her work became an outlet for me during a time where I was battling my own demons. Ultimately, it was the way in which she could turn unhappiness and pain into something beautiful which was inspiring to me. I say this knowing that many other fans around the world can relate; her music was moving in a way that other current artists have, in my opinion, been unable to replicate.

However, this is not the point of what I’m writing today – arguably, there has been enough said about ‘Amy, the Tragedy’ rather than ‘Amy, the Person’. And this is what I realised, visiting the Amy Winehouse: A Family Portrait exhibition on the sixth anniversary of her death. I realised that although the image of this woman has been tarnished by multiple labels; “bulimic”, “addict”, “tragedy” – the real Amy Winehouse was a sister, a daughter, a friend – a creative, an artist, a person. To me, it’s a tragedy that her legacy will forever be laced with these negative labels, marred by the character that the media decided to portray. The exhibition, co-curated by her brother Alex and her sister-in-law Riva, showed me that there truly is a dichotomy between an image and a person. The image is what we see in the news and magazines, a mediated character so to speak. This image, unfortunately, is how we come to view many musicians. They become a product of the headlines, the photos, almost like a cardboard cut-out which is presented to us. It’s them, but it’s not really them. 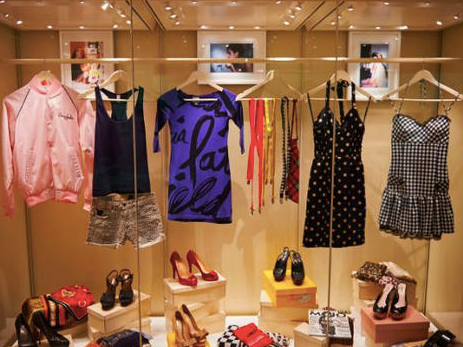 My point may seem slightly obvious, but I think it’s necessary to reiterate that the media is a powerful tool. We like to think we know these people; because they’re in the spotlight, we somehow think we have total unrestricted access to their private, personal lives. Let me affirm that we see what they want us to see, we know what they want us to know. In this increasingly media-driven world, it’s important to recognise this binary of an image, a frame so to speak, and the reality, the whole picture. Amy ‘the person’ was not a product of magazine articles and news headlines. She was a product of her background, her experiences, her personality. When I paid for my ticket to Amy Winehouse: A Family Portrait, I didn’t know what to expect. I’m glad to say that what I got was a wholesome, holistic view of a talented and complex woman and the undeniably uplifting sense of warmth and genuine character. As a fan, it was a heartwarming experience to get a glimpse of the woman behind the image, behind the music.  Just like how the saying goes, there are two sides to every story. A lot of the media is smoke and mirrors. Don’t let media images dictate your understanding – after all, a reflection is just that. A reflection.

Amy Winehouse: A Family Portrait is on until 24 September 2017