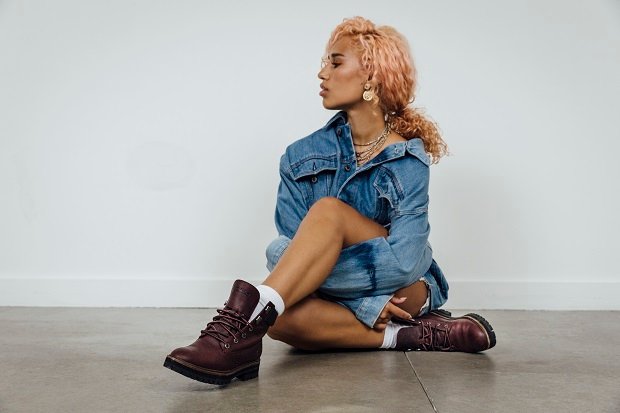 South London-based R&B singer-songwriter RAYE has remixed her smash hit song ‘Decline’ in celebration of her partnership with iconic brand Timberland for their ‘Celebrate the Icons’ campaign. They have launched a new boot called the London Square which is a fresh take on their classic boots.

Timberland is known for its yellow boot which was worn by workmen since it’s launch back in the 1970’s. American hip-hop artists in the 90’s such as Wu-Tang Clan, Mobb Deep, Tupac, and DMX made it fashionable and elevated its status into a fashion must-have.

RAYE has been steadily rising since 2016 and she has worked with a stream of artists including John Legend, Charli XCX, Nas, Little Mix, Ellie Goulding, and Diplo. Her collaborations and songwriting credits have racked up over 1 billion streams to date. RAYE fot to No. 3 in the UK Chart in 2017 with her BRIT nominated collaboration with Jax Jones, ‘You Don’t Know Me’, and is currently celebrating her latest release’Friends’.

Speaking about the video RAYE said, “Icon is such a powerful word. As an artist, I think that to be truly iconic, your music, your style, your personality – it has to be 100% authentic. For this video, getting to celebrate some of my personal heroes and put my own twist on their iconic 90’s moments has been so much fun”.

The new Timberland London Square women’s boot is available online and in-stores now. The brand is currently celebrating the 45th anniversary of the iconic yellow boot.