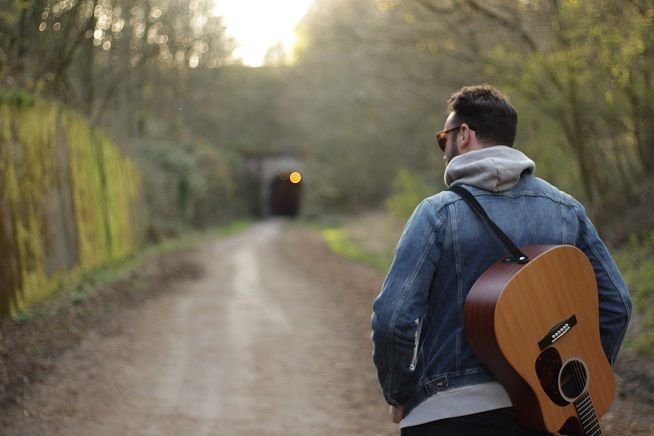 Join Jon Plant on an anthemic journey on The Road. The singer-songwriter’s new single has a folk narrative as he sings about moving from Yorkshire to London. FAYYE contributes to the song with uplifting harmonies. The spacious instrumentals reflect the feeling of the open space as Jon travels from his hometown to the bustling city. Pulsing strumming introduces a sense of trepidation, but you can feel the hope in his voice as he follows his dreams.

“I wanna rest my bones and never leave”

The Road feels like a soothing balm during a difficult time when we’re stuck physically and metaphorically. You share Jon Plant’s feelings and desires as he sings about traveling through nature and the setting sun. The harmonies with FAYYE elevate the feeling of exhilaration.

“The road is a song about my move from Yorkshire to London, I came to London to chase my dreams and I wanted to release a song with a positive feel during this frustrating time.” – Jon Plant

Jon Plant started out writing for an alt-indie rock band Fish Dam Lane before becoming lead singer and guitarist with band NowhereNear London based in South Yorkshire. Following time spent in New York he decided to move to London and released his debut solo single Stuck Inside My Throat last year.

We might not be able to travel far at the moment, but we can join Jon Plant on his anthemic journey and share the feeling of freedom, passion, and hope.