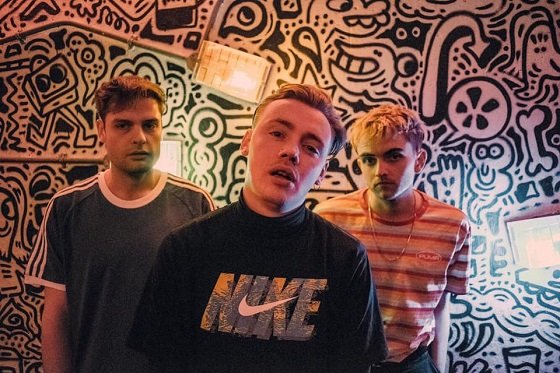 If, in your uneducated and blissfully more vulnerable youth, you found yourself shouting the lyrics of The Scripts ‘Breakeven’ every time it came on the radio or permeated its way into your mind just as you tried to get to sleep, then Only The Poets’ latest single, ‘Stolen Bikes’ is the perfect dose of nostalgia. They might not like this comparison, but with its euphoric chorus and wailing falsettos, ‘Stolen Bikes’ feels like an Indie Anthem for the new age.

Paired with its laid-back B-side ‘Looking At You,’ Only The Poets’ gift of two new songs bring with them a hastily scribbled card asking to be considered as indie pop’s newest heroes. If they keep these gifts coming, it might get hard to deny them.

Punching you in the stomach with its frantic drum beat (and a rather nifty bike bell layered in the mix to signal the arrival of the first verse – see what they did there?) ‘Stolen Bikes’ gets a running start and doesn’t lose speed for all of its 3-and-a-half-minute getaway. We’ll forgive them for taking the metaphor a little too far with lyrics like “you take the handlebars, I’ll take the brakes” because the three-piece seem so in on the joke. Swooping through 8-bar verses at a frenetic pace, Only The Poets know exactly what we’re here for and they’re happy to give it to us – this chorus isn’t getting stale any time soon.

The millennial whoop of a post especially is itching to get back on the road, where the song has already established itself as a live favorite on the group’s 2018 sold-out tour. Only The Poets head back out later this month and will headline London’s 500-capacity Dingwalls on the 28th. If you listen carefully, you can already hear the singalong.

See Only The Poets’ tour dates.