Not All Grime Is Grime! 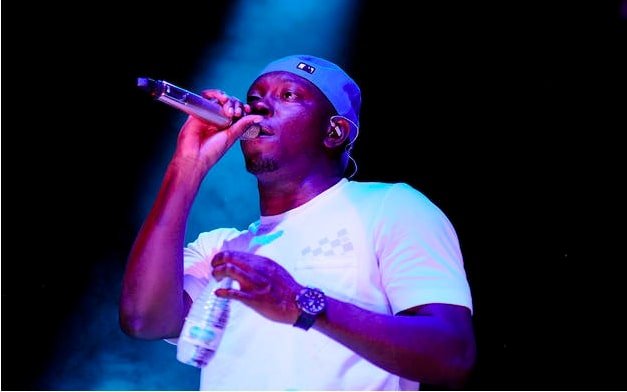 2. A form of dance music influenced by UK garage, characterized by machine-like sounds.

In the Late 1970’s / early 1980’s a new genre of music was being birthed in the streets of New York, America. Music with passion, purpose, energy, tenacity and a message – music by the people, from the people, for the people; and with this, we say hello to Hip-Hop.

But what happens when Hip-Hop is taken and inverted to form another form of expression in a land far away?

Fast forward 20 years plus and across the waters in the inner suburbs of London, a new genre of music was being stewed. Combining the tempo/veracity of Jungle music and the competitive dancehall style of clashing with the inherent soulful vibes of old school Garage and the hysteria of Drum and Bass – and from this pot of musical madness, we see the birth of Grime!

At that time, young boys and girls who could not connect to the American style which so prominently dominated their album collections and the radio airwaves were craving for music that they could connect to. Music that told a British narrative as opposed to sonnets from the streets of Harlem. Grime music, originating from the streets and the playgrounds of East London, but spreading throughout the city far and wide – crews and collectives which represented a sense of brotherhood and comradery were being put together all over the place.

As history tells it, the PAYG cartel (Pay As You Go) had decided to call it quits shortly after their smash hit single ‘Champagne Dance’ had just secured a top 20. Producers Geeneus and Slimzee decide to buckle down and put all their attention on their pirate radio station which would go on to be called Rinse FM. Meanwhile allowing another member, The God-father of grime himself ‘Wiley’ to head off to tinker with beats, combining the aforementioned genres of music and putting his own spin on things with his legendary grime instrumental ‘Eskimo’.

Wiley went on to be a pivotal part in the history of the genre birthing Roll Deep and being heavily involved with Boy Better Know. Nasty Crew, Ruff Squad, Mo’ Fire Crew and Boyz In The Hood are just a few of the many grime crews which also played a massive part in the genres popularity birthing artists like Dizzee Rascal, Tinchy Stryder, Kano, Lethal Bizzle, Skepta and Ghetts – a select few worthy of their place on the Mount Rushmore of grime.

Fast forward 15 years and we see a massive resurgence in the genre which sports exciting new artists such as Stormzy, P-Money, Chip, AJ Tracey and Bugzy Malone to name but a few. But a rise in the genre and it’s popularity has also led to an increased amount of coverage from the media – and those who do not understand the culture are starting to show fear in this style of expression, documenting the hearts and minds of inner city kids up and down the country.

Whether it be poetry, Hip-Hop or grime – this art form has always been a means of expression, used to voice the fears, anguish, and frustrations of the oppressed – similarly to the hymns the slaves would compose and sing in the cotton fields. Now speaking from my own personal perspective, we cannot be ignorant and ignore the negativity in grime which does exist. But this extends into Hip-Hop and other genres of music too. However, where there is bad there is also good.

I was once told that a knife could be used to stab a man and take life or be used to spread butter on bread and feed thousands. It is not the knife that is inherently evil, but instead the individual holding the instrument and their intentions with it.

From conscious Hip-Hop artists like Common, J Cole, Kendrick, and Chance The Rapper to more overtly positive Artists like Lecrae, Eshon Burgundy, NF, and John Givez – there are alternatives which exist within the music. But what about the UK, and more specifically – what about grime?

People like what they can connect to – fact!! and for many, the words of Stormzy, Skepta, Kano, and Chip resonate very much so with their day-to-day lives. However, not everybody grew up with that story – not everybody lives that life. So let us tell a different side of the story from a different perspective. A more well-balanced narrative.

So whether you’re a massive fan of artists such as Nick Brewer, Guvna B, A Star, Presha J, Faith Child, Melvellious and Icie or if you have never heard of any of the guys I have just listed, there are alternatives to the stereotypical content being produced by traditional grime MC’s.

That being said – my question is then this – music gets such a bad rap (excuse the pun) for the negative images portrayed in its content, but what about the movies we champion, the TV shows we indulge in and the other mediums soliciting similar themes? The key here is consistency – if we want to set rules, let’s apply them to all existing art forms, not just music.

If I was to make the ignorantly degrading statement that qualified all women as being the same, that would be a stupid stance to take. The experiences of the few will never accurately represent the behaviour of the many. So not all grime artists and music can be painted with the same brush.

So where is the balance? This debate has been going on for years, does life influence art or does art dictate life’s decisions? – the answer is yes and yes. But the underlying notion is that we all have a choice. We can choose to listen to what we listen to and we choose to live or die by the decisions we make. It is down to artists to be responsible for the words they put down on wax, because whether they like it or not there are thousands, if not millions, of impressionable people who will hang on to every single word they are saying.

At the same time, we as consumers must not be gullible to take the art for face value and believe everything we listen to. Rather, we must be disciplined enough to discern and filter the truth from the lies, the real from the fake; the non-fiction from the entertainment – being conscious of what we choose to live by.

So in summary – grime music isn’t all bad. It can bring people together, creating common ground amongst many irrespective of culture, endz, and socio-economic background. Grime is Britain’s stamp on world music, it’s identity steeped in brotherhood, love and a longing to make it out of the struggle – aspects which are to be celebrated. And if we want to see this style of music which is so inherently British grow on a more global scale, we simply need the wider audience to understand and not fear it.

This genre isn’t going anywhere anytime soon, so it’s time we embrace this generations outlet, the soundtrack to their lives for many a year to come! – Not all grime is grime!

Thank you to Triple O for contributing this enlightening insight into Grime music.