Musicians Who Didn’t Make It To The 27 Club 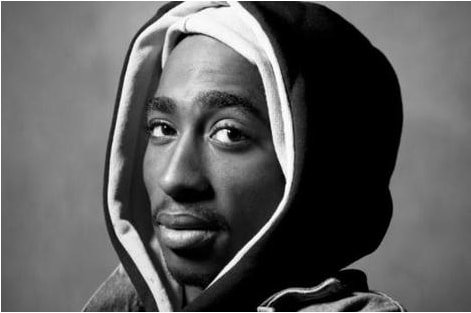 The 27 Club is perhaps one of the biggest urban myths in music. The legacies of Amy Winehouse, Kurt Cobain, Jim Morrison, Jimi Hendrix and Janis Joplin (to name a few) have become entombed within the walls of this tragic faction of music history. The talented artistry of these deceased icons have become partly immortalised through their posthumous induction into this exclusive Club – a club inducted based on not making it past the age of 27.

So why is there a special place reserved for those musicians who died at 27? The claimed ‘statistical spike’ has lead to the belief that musician deaths are more common at this specific age – despite studies failing to support this notion with any credible evidence. Although there is a frequency of other violent means, such as suicide, murder, and transport accidents, the 27 Club is widely known for its proliferation of deaths through substance abuse – showcasing an undeniable truth to the proverbial ‘live fast, die young.’  While it has been noted that the risks associated with fame and celebrity lifestyle are likely the main culprit behind musician deaths, this risk is in no way restricted to the age of 27. The 27 Club might have an eerie air of mythological intrigue and exclusivity, but that doesn’t mean musicians who tragically died younger than 27 shouldn’t be similarly canonised. The tragic deaths of these young artists and their contributions to music history should continue to be recognised as significant, despite falling short of the legendary status of ‘the Club’. With that being said, here is a list of selected musicians who didn’t make it to the 27 Club.

Aaliyah  (January 16th, 1979 – August 25th, 2001: aged 22)
The death of the R&B neo-soul princess sent the world into shock. A rising figure in the music industry, her work has been widely credited for bridging genres in a revolutionary amalgamation of R&B, pop, soul and hip-hop in the 1990s. She has been noted as inspiring the dissemination of the “futuristic production style” into mainstream hip-hop and soul (Steve Huey), as well as paving the way for teen R&B icons such as Destiny’s Child. Dissention found the young singer when it was revealed she had entered an annulled illegal marriage with mentor R. Kelly in the 1990s when Aaliyah would have been only 15. She died in a highly controversial plane crash in the Bahamas alongside the eight other passengers, just hours after shooting concluded for what was to be her last video ‘Rock  the Boat’; it was reported that the resulting deaths could have been easily prevented if the plane wasn’t over maximum weight, and the pilot wasn’t intoxicated.

Otis Redding (September 9th, 1941 – December 10th 1967: aged 26)
The old-school tunes of Otis Redding are immediately distinguishable through his pitch-perfect growl, his voice a permanent monolith in the soul and R&B genre. Often considered as one of the best singers in American popular music, Redding combined gospel inflexions with ‘Southern soul’ and elements of rock and roll to create a seminal blend of popular and niche genres. Among his body of work include the classic songs ‘(Sittin’ On) The Dock of the Bay’ and ‘Try a Little Tenderness.’ Redding died in a plane crash, the actual cause of the crash never to be determined.

Tupac Shakur (June 16th, 1971 – September 13th, 1996: aged 25)
Although regularly ranked as one the greatest rappers of all time, 2Pac has also crossed over, hailed by many publications as one the greatest artists to have ever lived and an iconic figure of any genre. His highly-conscious hip-hop, which blended the urban grit and ghetto narrative of rap into a political and social commentary, has seen 2Pac canonised as one of the best-selling musicians in history. 2Pac’s personal life was plagued with controversy, from gang-related incidents, violent altercations, trials over sexual assault and prison time, and his death was no different. Tupac Shakur died in hospital after a drive-by shooting in Las Vegas, a case which has been dominated by widespread public and media interest and conspiracy theories. The identity of his murderer and the exact motive still remains unsolved.

Sid Vicious (May 10th 1957 – February 2nd, 1979: aged 21)
Still widely regarded as the ‘Prince of Punk’ even four decades after his death, Sid Vicious rose to prominence for his questionable bass skills and turbulent personal life in the anarchic ascendancy of the punk-pioneering band the Sex Pistols. An iconic figurehead of the punk movement, the legacy of Vicious remains largely due to his notorious reputation as a hardcore drug-user, alongside his highly-documented relationship to Nancy Spungen. One of the original ‘rockstar groupies’ of the 1970s, Spungen is said to have introduced Vicious to intravenous drug use, kick-starting a violent, obsessive relationship centred around a mutual codependency on drugs and each other. Their destructive partnership came to its fatal end in 1978 when Spungen was found dead in their Chelsea  Hotel room, aged only 20. While Spungen’s death has been contested over the years, Vicious had largely been regarded as the primary suspect. While on bail for her murder and another assault, Vicious died at his prison-release party in Greenwich Village, New  York, from a heroin overdose. His death has similarly been the subject of conspiracy over the years, with later evidence supporting the claim of a suicide pact between him and Spungen.

Big L (May 30th, 1974 – February 15th, 1999: aged 24)
Big  L has been widely recognised as a notable contributor to the underground hip-hop scene of the 1990s, with his only album Lifestylez ov da Poor and  Dangerous now regarded as a classic example of East Coast underground rap. He has been noted for his lyrical and storytelling ability, combining intellect with a vicious street mentality to blend metaphorical satire with a gritty narrative. His legacy can be largely attributed to being one of the early creators of the horrorcore genre, later made popular by artists such as Eminem. Big L was killed in a drive-by shooting in Harlem, New York, presumed as a vengeful act of retaliation for an unresolved dispute. The murderer’s identity and exact motive remain unsolved.

Billy Murcia (October 9th, 1951 – November 6th, 1972: aged 21)
Billy Murcia was the original drummer of the New York Dolls, a band often associated with being one of the first examples of the punk scene in America. The band’s earliest work in the 1970s has been immortalised as cult favourites. They similarly were an early example of the glam rock era, characterised by their androgynous appearance. Their influence on rock and roll has been noted as inspiring the likes of Guns N’ Roses, the Ramones, and the Sex Pistols, now deified by rock aficionados as glam rock and punk icons. Murcia,  a fundamental part of the brief original line-up, died from complications of a drug overdose while touring England. Notable New York Dolls founding member Johnny Thunders was similarly known as a ‘junkie,’ passing away from drug-related causes years later.

Buddy Holly (September 7th, 1936 – February 3rd, 1959: aged 22)
Buddy Holly’s short career was fundamental to rock and roll history. He has been widely regarded as an icon of 1950s rock and roll, credited with defining the now long-established lineup of bass, drums, and two guitars. His musical influence still echoes in every facet of rock and roll, a source of major inspiration for current icons such as The Beatles, Bob Dylan, The Rolling Stones, Elton John, and Eric Clapton. Alongside his long list of accolades achieved in his seven-year career span, Holly was among the first group of artists to be inducted into the Rock and Roll Hall of Fame. His vocal style was predominantly characterised by his vocal “hiccups” and “stuttering” to blues chords, as well as his signature use of the Fender Stratocaster. Holly died aged 22 in a plane crash which also killed fellow rock and roll musicians ‘The Big Bopper’ and Ritchie Valens, as well as the pilot. Valens, himself an established artist who is credited with pioneering both Latin and Chicano rock, was 17. The plane was chartered by Holly as their tour bus wasn’t equipped to handle the freezing weather driving between tour venues. Two musicians who were originally flying with Holly in the doomed plane gave up their seats to Valens and ‘Big Bopper,’ thus surviving by total coincidence. The combined  deaths of Holly, Valens, and ‘The Big Bopper’ has lead to February 3rd, 1959 being known as ‘The Day Music Died.’

The Notorious B.I.G. (May 27th, 1972 – March 9th, 1997): aged 24
Biggie  Smalls has gone down in history for his contributions to the rap genre. Widely ranked as one of the greatest rappers of all time, Biggie is a figurehead of East Coast hip-hop and 90s’ rap, his debut Ready to Die arguably one of the most notable albums to come out of the East Coast scene and into the mainstream. His flow is known for its effortless, relaxed quality, his raps showcasing lyrical prowess which is characterised by narrative and autobiographical references. He also mentored the rap group Junior M.A.F.I.A., launching the career of member Lil’ Kim. Biggie similarly became ‘notorious’ for his presence in the East Coast vs West Coast feud which has gone down in hip-hop history; the beef has largely become infamous for the deaths of its two most prominent rivals, West Coast rapper 2Pac and Biggie himself. The Notorious B.I.G. was assassinated in a drive-by shooting, which has come under media and public scrutiny for its similarity to 2Pac’s murder less than six months prior. The deaths have also been the subject of mass interest due to their hypothesised connection, and presumed foul play by other prominent rap associates. Like 2Pac, Biggie’s killer and the murder case remain unsolved.

*  Some information in this article has been gleaned from external sources.