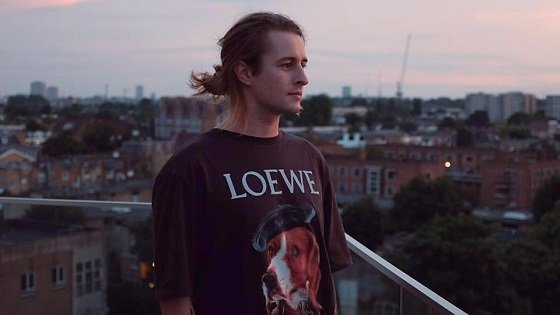 There’s blinding white lights, epileptic strobes, smoke, and thuds for five hours while Mall Grab and his supports, Salary Boy and Nite Fleit, control Gorilla until 4 am. The weather is arctic but you wouldn’t know as it’s a fusion of sweaty, smoky air inside making you forget you need to dress like an Eskimo to take the icy weather outside.

From 10 pm Gorilla’s club room starts to fill up as Salary Boy’s groovier tunes get people moving but the pumping thuds of Nite Fleit is what people are really waiting for. The room is nothing but a hazy blues, strobes and a steady thud buzzing through your body. The room is vibrating, the crowd is packed, the floor is bouncing – it’s a far cry away from the chilled atmosphere downstairs in the restaurant and bar where people are having civilised meals and probably an earlier night than the club full of students downstairs.

Mall Grab’s set synchronises perfectly with Nite Fleit’s and blends in perfectly, it isn’t a classic Mall Grab set like you’d expect – no dancy, jumpy anthems like Pool Party Music on this tour but pure thudding, scratchy techno. Some parts are screechy, buzzy alien sounds; it’s busy and bouncy but you’re still hoping for a more exciting beat to drop that makes you want to throw your hands in the air. It’s hard to tell if the crowd is enjoying it because people video everything and anything on their phones now so of course, it’s a sea of iPhones and flashes. Along with that, everyone seems to be in their own world, probably with no clue that Mall Grab is playing because of the states they’re all in. Yeah, there may be disco balls but the set sounds more like an electronic alien buzzing around rather than the funky, fruity tunes you would expect from Mall Grab.

It’s still enjoyable, it’s classic techno with tension, thuds, booms, and vibrations. The set is textured with tiny beat changes but a steady monotonous beat throughout which juxtaposes Mall Grab’s classic Australian beach-babe, floppy hair, skater boy look; he has a cheeky image as if he should be in a boy band. He’s bouncing around onstage, bobbing his head to every beat, absolutely loving it and so he should be. He’s a cool guy, one of the hottest DJs of 2018 and voted 13th in Mixmag’s DJs of the year, and he’s showing no sign of slowing down in 2019.