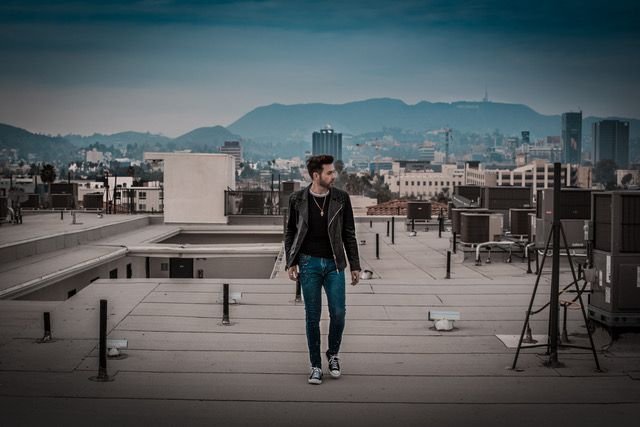 Kris James has arrived. More accurately, he has returned, but this time with a level of authenticity and pride which cements his status as one of the pop stars to look out for this year.

Arriving at this point in his career is not something that Kris James takes lightly. His path has been a backward journey, from pop stardom towards authenticity as a singer of his own songs. Naive is the perfect song to tell this story.

Beginning with a laidback guitar melody, the song is sure to be the staple of every summer playlist, with buoyant and breezy brass parts, and Kris James’ nonchalant vocal style – reflecting of the “what’s done is done” lyrical themes, is nothing short of infectious. This is a song to play at every barbecue and party you have this lockdown summer season.

Self-penned by Kris James himself alongside his co-writer Stewart Boyle, the track was written in James’ hometown of Liverpool and recorded in London at The Cabin in Tileyard. The lyrics truly represent a maturation of James’ sound, showing him to be something of a chameleon when it comes to reinventing himself again and again. Of the track, James himself says that the song is about being in a toxic situation where you don’t realise how badly the other person is treating you until you remove yourself from the situation. “This is a song for all the survivors out there who end up having the last laugh,” says James, “it’s a song about overcoming adversity!”