Exclusive Interview With NEAVV As She Releases Debut Album 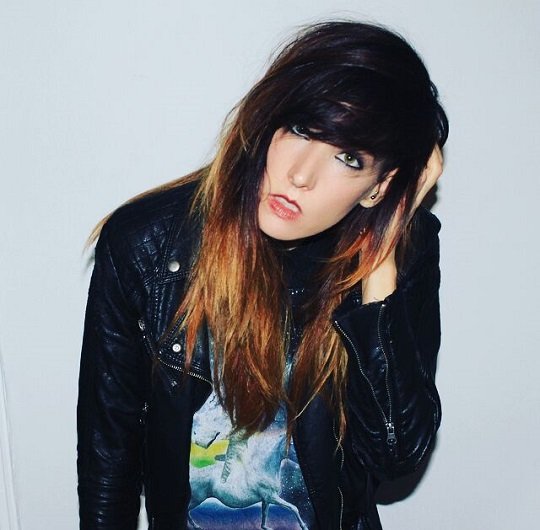 Alternative synth-pop musician NEAVV is a force to be reckoned with. Her music hits the sweet spot between electronica, synth-pop, and rock. And there’s an undeniable edge to her catchy songs. The artist from Toronto also happens to have a masters degree in opera performance and has spent time in Vancouver, Toronto, LA and Nashville writing her own solo music, writing for other artists, and toplining for producers. Some of NEAVV’s songs have been played on Canadian mainstream radio and featured in film and television.

Earlier this year NEAVV signed a worldwide single deal with UK label Enhanced Music for the song ‘All or Nothing’, a collaboration with European producers Anki and October Child, on which she co-wrote and was featured. Since its release it has already had close to a million plays and has been endorsed by Tiesto, Don Diablo, Tritonal and more.

Now NEAVV releases her debut album ‘Fall Hard. Get Sad.’ and four of the songs have already been placed in TV projects this Autumn. As a whole, it’s a glossy, but gritty project. The gloss being swirling guitars and lush synth swells and the grit coming from NEAVV’s raw vocals, lyrics, and dark psychedelics. All of this is underscored by a distinct 80s dream-pop sound which never feels dated to those of us who are familiar with the era and revitalises it with a shiny polish for the new generation.

Find out more about NEAVV:

How would you describe your sound to new listeners?
I describe my sound as alternative synth pop.

Tell me about your debut album ‘Fall Hard. Get Sad.’
‘Fall Hard. Get Sad.’ is an honest collection of songs that give you a snapshot into last few years of my life. The songs are a unique blend of alternative pop elements like edgy intricate guitars blended with current synth textures and electronic beats usually found in synth pop music. The songwriting and crafty lyrics find inspiration in contemporary Top 40 Pop songs for their catchiness, yet maintain a darker emotional depth found in Alternative leaning bands and artists such as Paramore, PVRIS, and Phantogram. It was produced by one of my best friends and my musical partner in crime, dV here in Toronto and it was funded in part by FACTOR Canada. This album is a long time coming for me but it definitely represents who I am as an artist.

Why this name for the album?
‘Fall Hard. Get. Sad.’ really ties up all the themes of the songs on the album.

What message would you like listeners to take away from this album?
I really just want listeners to feel something and to see themselves and their own stories in these songs. The songwriting itself is so personal but once I share a song it really becomes so much more than just my experience. I want my listeners to take what they need.

Can you walk me through your writing process or does it vary from track to track?
My songwriting process definitely varies from track to track so it’s a bit difficult to walk you through my entire writing process. With the album, for example, two of the songs off the album came from co-writing sessions where everyone in the room contributed to all parts of the song. The rest of the songs on the album were written by dV and me, but even there the process differed song to song. I always write the melody and lyrics when we write together, so some songs were written together from the first initial idea, a few came out of me top-lining over a complete track dV sent me, and others were either partial song ideas or completed songs that I wrote and brought to dV to then work on. Whatever the song I usually come up with both the melody and lyrics at the same time and a lot of the time I like to start with a title.

What are your favourite songs from ‘Fall Hard. Get Sad.’ and why?
For the first time ever I can honestly say that I really don’t have a favourite. I’m really proud of all the songs on the record.

Who were your musical influences while growing up?
Growing up I was obsessed with The Beatles, but then I found 90s alternative bands like Stone Temple Pilots and LIVE and that really made a lasting impact on me. I have also always loved catchy songs, so I have always appreciated and been influenced by mainstream pop.

And what about now?
These days I listen to a lot of different genres but I still love alternative music and love bands like Paramore, Nothing But Thieves, and PVRIS and I still love mainstream pop. As a writer, I’m always paying attention to what’s happening in the Top 40 and I follow a lot of the top writers in the game. I’m a big fan of Julia Michaels, Justin Tranter, Mozella, Emily Warren, Simon Wilcox, Benny Blanco, Ross Golan and so many more.

The up and coming artist you love the most is….
Right now I really love Lennon Stella.

If your songs could be played on any TV show or movie what would your preference be and why?
I actually have a bunch of songs being played in the next season of “Kim’s Convenience” so I’m pretty stoked about that.

Do you collect anything?
Just broken hearts haha… kidding … I have managed to collect a lot of skull-themed items over the years.

If you weren’t in music what would you be doing?
I would probably still be in music but working somewhere on the industry side.

What song do you wish you had written and why?
‘Since You’ve Been Gone’ by Kelly Clarkson…It’s just so good.

What’s next for NEAVV?
Hopefully, some touring and I’m already working on more music!