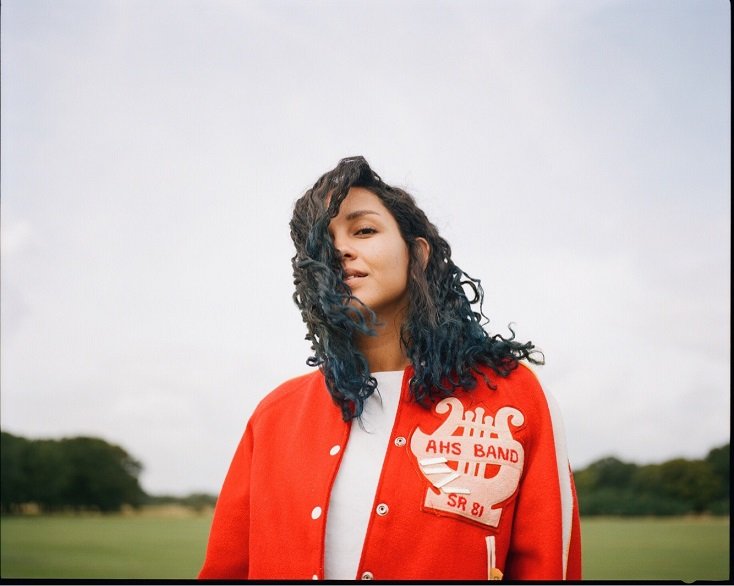 Eliza Shaddad is super busy right now. She has recently released singles ‘White Lines’ and ‘My Body’ and the soulful singer-songwriter has an album due out later this year. Neon Music caught up with the busy star to find out what she has been up to and what she has lined up for us in terms of exciting new releases.

You’ve worked with Clean Bandit on a couple of songs. Could you tell us about how you met Jack Patterson? (Is it true you met while you were busking?)

Yes, it is true – we met one day when I was busking in East London, he cycled by, and then came back for a chat – and that was that, he sent me some links to the music they were working on in the studio and I went in to write and record with him.

I’ve heard that you come from a long line of poets and musicians? Is this also true? Can you elaborate? What does your heritage mean to you?

Also true – artists mostly:) My Great-grandfather was a Scottish painter – one of the Glasgow Boys, his wife was a singer in Glasgow (also called Eliza actually), and many of his children and grandchildren, including my grandmother, became artists or poets. My mother writes wonderful poetry too, and on my Sudanese side we have a filmmaker, and a clothing designer, so I think the artists in the family instilled in me a fascination for creativity and a feeling that it is worthwhile.

What’s the best thing about being a musician?

How would you describe your sound?

I’ve decided on the label post-folk for now ha. I think my songs have the storytelling element of folk music but moved long ago into a more grunge world, and now with this new album, they’re veering towards pop too. So that’s the best description I’ve come close to.

Where do you draw inspiration from when writing lyrics?

Mostly directly from my own experiences. And generally from huge bursts of emotion.

What is your latest single, ‘My Body’, about?

It’s about lying awake in bed, waiting to forget someone.

Is there a connection between the singles ‘My Body’ and ‘White Lines?’

‘White Lines’ is the before, ‘My Body’ is the after.

We’re very excited about the upcoming album. Can you tell us more about it? What can we expect?

I think this album will bring together the vibe of everything I’ve ever written in one place, plus give a hint of what’s to come in the future. So I guess you can expect blunt honest and hopefully emotive stories set to a bedrock of folk and grunge, but also prepare for trip-hop and pop influences to come out, some guitar solos to start working their way in.. all sorts ha!

When will it be released?

How is it different to the previously released ‘Waters’ EP?

It’s bigger and better, and more developed and more varied.

Are there any plans for a tour?

Yes absolutely, I’ll be touring the UK and Europe in the Autumn, just keep an eye online for the announcements coming soon:)