‘Bridging The GAP’ A Celebration Of American Style & Culture 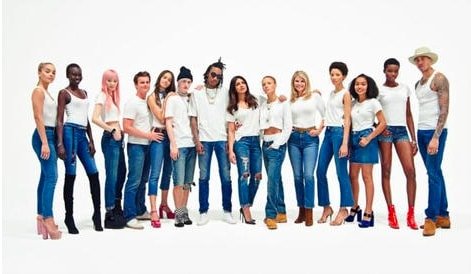 Today, GAP releases an exciting new campaign called ‘Bridging the Gap’, a film that celebrates a fresh and optimistic view of American style and culture. Directed, styled and cast by newly announced British Vogue Editor and fashion industry style icon and influencer, Edward Enninful. He has hand-picked a variety of models, actors, designers and music artists he has previously worked with, championed and admired. People he feels embody American culture today. The iconic simple white GAP T-shirt is a blank canvas for each of the cast to style their own way. The cast sing and dance to the renowned ‘Sunny’ by Boney M., a track which exudes positivity and joy and they all come together to enjoy the feel-good summery beats and rhythms in a symbol of unity.

“The campaign film stars Wiz Khalifa, Priyanka Chopra, Alek Wek, Christie Brinkley and Adwoa Aboah amongst many others.
Rapper, Wiz Khalifa, says of the campaign, “To me, ‘Bridging The Gap’ means making diversity more acceptable, by making it okay to look or act different. I do that by being myself.”