Brandon Rivers Just Got Back From The Club & Is Ready For Some GIRLPLAY. 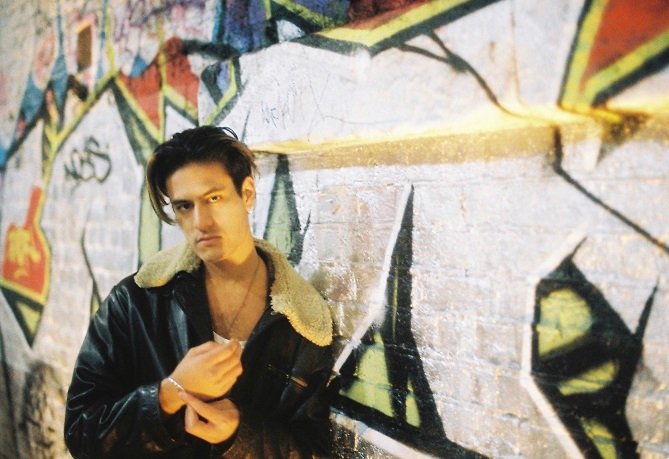 Brandon Rivers is part of a movement currently taking place which is vital for British pop in 2019. Brexit is going to happen whether we like it or not… And if our pop stars can’t sell records past Dover, we’re all f*cked. We’re going to need acts that can capture global attention – so nothing wrong with developing a pop sound that can go worldwide.

Rivers is the kind of bad boy UK act we could use.

Growing up on 90’s UK R&B and House mixtapes – after flirting with some different styles, this talented singer, songwriter and multi-instrumentalist now seems to have found “a sound” and settled into a brand of self-described ‘after-dark pop’.

By mixing Trap, Pop and Alternative R&B, his sound is obviously on trend with the likes of Drake, Post Malone and Ariana who have all had major success with this style in recent years. But the records aren’t copycats, they seem real and genuine – authentic to the lifestyle.

Having already been featured as a ‘One to Watch’ by BBC Introducing, and performed a newcomer set at Bestival, Rivers is getting ready to make moves – evident in the newly released track‘GIRLPLAY’.

Tipping his hat to a Mayfair club scene ready sound of The Weeknd; Brandon Rivers new record ‘GIRLPLAY.’ is 2019 cool.

Using the post-club setting to tell the story, the record is intimate, exciting, flirtatious and rude.

Rivers says of his new release:

“I was going out in London a lot”

“It’s inspired by the female characters I witnessed in the club.

The track is about a night in particular when I was finding myself being drawn to someone who was using their own sexuality. I wrote the lyrics in the club that night’’

He is handsome enough, confident, and if prepared to put the work in, we may have something here. Labels take note – a development deal to expand the live show and “sound” at the very least would not be a waste of revenue.

Pop is in an interesting place – our politics are a mess, the world is on fire and our media is warped. Let’s sign some kids who on album 1 want to appear in every club around the world, spin records, wear designer sunglasses and hang onto magnums of champagne – live like the millennial 2019 Rock Star. All it takes is one to break though – and after this, if they can deliver music of quality on album 2, we’re flying.

At these early stages, Brandon Rivers is ticking all the boxes.