An Introduction To Afro Swing 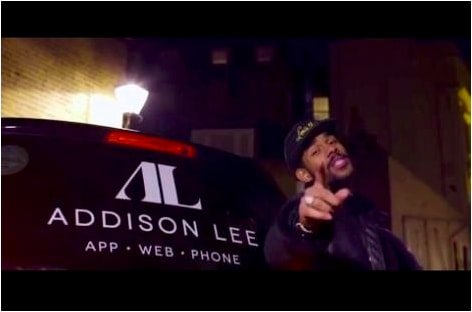 The evolutionary nature of London’s underground music scene holds an impressive history. Whether it be the beginnings of UK punk back on King’s Road in the 1970s with the nihilistic riot of the Sex Pistols, or the early 2000s arrival of Grime from the grit of inner-city life, London is responsible for the creation of many a genre. While both punk and Grime eventually moved towards the mainstream, with the popularity of Grime being solidified by artists such as Stormzy, Skepta, and Wiley, the underground scene has again curated a new sound to reach the pop music listener. The interweaving of Jamaican Dancehall, West African Afrobeats and UK rap has created the explosion of ‘Afro Swing’ which is tackling the charts with its fresh burst of underground flavour.

‘Afro Swing,’ as coined by London newcomer Kojo Funds last year, has followed the path of its predecessors to take underground music to the mainstream. Much like Drill, Grime, and UK rap, Afro Swing has become the latest example of a UK rap crossover. Generating tracks which are both radio-friendly in content yet appealing to a diverse range of audiences, it can be accepted by both the underground aficionado and the Top 40 listener. The infectious catchiness of Afro Swing can be found in its rap hooks, which flow easily over a versatile interlace of the Caribbean and African beats. It’s recent crossover to mainstream success can be partly credited to its melodic nature, as it appeals to an audience who, for example, may find the aggressive delivery and syncopation of Grime too intense or prefer something more rhythmic than straight bars.

If its incorporation of genres and melody makes Afro Swing more accessible, then it’s no wonder that more and more UK rappers are dabbling to diversify their sound and attract wider audiences. Current examples of popular Afro-Swing include London MC Not3s, who found viral success with his 2016 hit ‘Addison Lee’ and his hit-making EP ‘Take Notes’. Mixing the urban swagger of grime and hip-hop with an R&B-laced Afrobeats and Dancehall melody also can be seen with the likes of Yxng Bane, J Hus, Kojo Funds, Hardy Caprio and AJ Tracey; they are just a few examples amongst a multitude of other established or up-coming London artists eager to bring out their take on this blossoming genre. Needless to say, Afro Swing is stamping its presence in London and abroad,  taking the grit of the London streets and the cultural sounds from Africa and Jamaica to a new level which can be appreciated by all.