An Impressive EP From Lauren Ray With ‘Inside This Silence’ 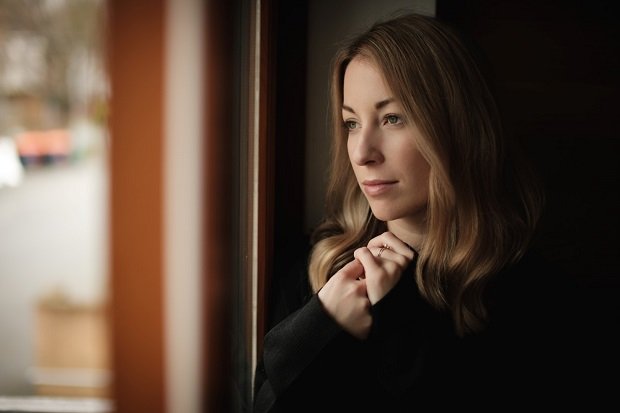 Lauren Ray’s new EP ‘Inside This Silence’ is really refreshing amongst all the carefree, summery songs we’ve been listening to of late. It is very personal and introspective with beautiful lyrics, memorable melodies, and stunning instrumentals which never take the focus away from Lauren’s cut-glass vocals.

The EP was recorded in Germany with multi-platinum producer Mark Smith and contains four heartfelt songs including Lauren’s new single ‘Be A Man’ which is the singer-songwriters tongue in cheek take on the phrase ‘Be A Man’. She comments, “It’s often used to mean Be Strong, Powerful, Macho, particularly when it comes to relationships” says Lauren, “but in this instance I’m using it to say Be vulnerable and say what you’re feeling – something both men and women find hard to do when it comes to taking a risk in lust and love”.

The track ‘Dull Ache’ is that feeling get when you experience grief and often feel numb for a very long time, “I’d never heard someone describe grief in this way before and it was really moving”. The song begins with a melancholic tone but there is hope shining through as you continue to listen and lyrics are exploratory.

‘Upstream’ is honest and reflective. Lauren utilises a variety of genres in her music with subtle hints of pop, folk, country, and blues. This song is more stripped back and Lauren’s vocals really shine.

‘Black Wings’ is about the music industry and how it can feel overwhelming to independent and emerging artists. Lauren says, “This industry is tough; all artists will experience rejection, financial struggles, and uncertainty but a passion for what we do and the allure of the industry keeps us going and keeps us trying, despite how insane this seems to others…hence the opening line in the song “Like a moth gone insane, I will keep chasing the flame.”
It is grittier than the other tracks on the EP and has a broody blues feel about it with edgy piano chords.

Lauren Ray released her debut album ‘We Will Need Courage’ in 2016 and has been writing and touring extensively ever since. She opened for Lucy Spraggan’s UK tour last year followed by a 12 date UK tour supporting Rebecca Ferguson where she played at the 02 Shepherds Bush Empire and Liverpool Philharmonic Hall. Lauren recently supported Anastacia on her European tour in April and May of this year, including shows in Netherlands, Germany, Switzerland, Austria, and Italy.

So if you’re looking for something thoughtful to add to your playlist this weekend then stream ‘Inside This Silence’ here.

Lauren will be releasing her new album later this year.