A Must Listen For 2018 – Interpol’s ‘Marauder’ Album Review 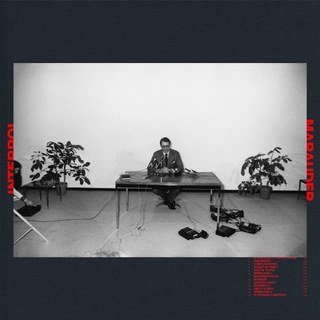 ‘Marauder’ is the sixth installment from Post-punk trio Interpol, and with it, they bring back their slick, polished sound. I have always considered this band the answer to an offspring between Robert Smith of the Cure, and Morrissey of the Smiths. Both groups are famed for their melancholy lyrics and upbeat musical style. Interpol has continued this tradition with finesse since the release of their first album, ‘Turn on the Bright Lights’ back in 2002. ‘Marauder’ is a return to form for the band in every sense of the word. They influenced a birth of indie rock bands like Bloc Party, Strokes and to some extent even Arctic Monkeys.

As usual, the songwriting of lead vocalist Paul Banks is fantastic. Both oppressive and dreary in nature and allowing for some potential self-discovery. There is a powerful Ian Curtis influence to the lyrics of this album, but it is well known that Joy Division has been a strong influence for the band. They do well to not borrow too much from that style though, putting their own stamp on each track and allowing for some experimentation.

A frustration sweeps across the lips of Banks, his voice sounding tired and lugubrious. This adds a potent intimacy, genuinely heart wrenching to listen to but won’t appeal to everyone. This album gives a sense of new things having been attempted in the studio and sounds experimental at times, especially in comparison to other work. In part because of how this album was produced. Everything was done live with little to no pro tools usage. But all the details that make this band who they are are still heavily present.

This record is by no means a concept album, but when listened to in its entirety it plays like a movie, a piece of art detailing all the loss, pain, longing and heartbreak everyone goes through during their life. If you’ve never felt it, I envy you. It is a distinct sound, and some of the guitar work can be compelling and unpredictable at times. Kessler is a hugely underrated guitarist. He has an original style and manages to capture mood and character. Reverb is heavily used, which can make the sound bleed into other parts, but overall it is robust and varied. The track ‘Complications’ however, is a bit awkward and discordant sounding, like intentional mistakes from the overuse of minor notes. It makes the track sound loosely written and even unfinished. It was the only track I didn’t care too much for. The drumming can at times sound muddied and buried in the mix at times as well, almost giving the songs a lo-fi sound. This aspect can add a particular atmosphere to the album, almost setting a specific time and place in the imagination of the listener.

At times this album is haunting, Banks is terrific at dealing with lyrical content like Relationship declines and general hardships, and verges on poetic. The way he delivers the lyrics makes everything believable and tragic and offers wisdom seldom seen.

This is a fantastic album, only falling short during specific tracks. It makes the listener reflect on their life, current and past situations and problems, while also being comforting In a strange hypnotic way.
It is massively better than their last release but falls short of the quality of their debut.