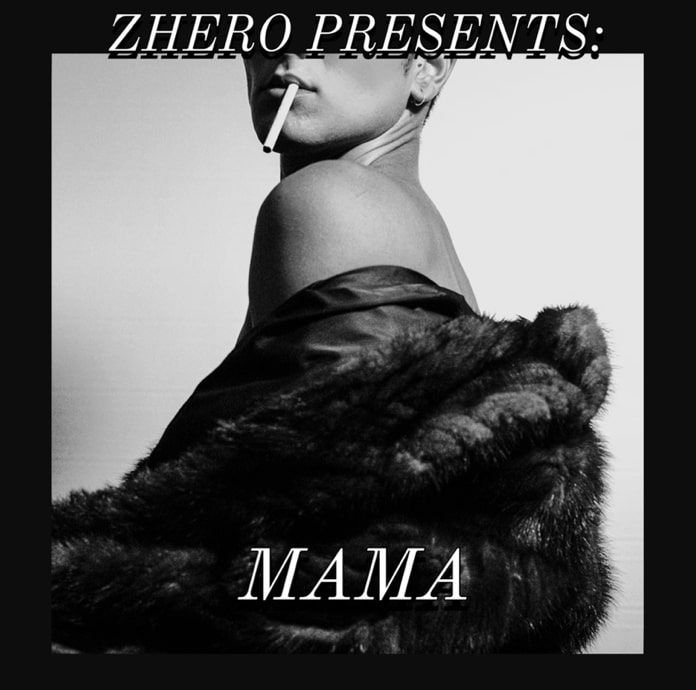 Listening to Zhero’s sound on his new single Mama, it is no wonder that the multi-talented songwriter and producer is inspired by alt-pop artists such as Lana Del Rey and Troye Sivan. He composed Mama to tell his mother about his plan to go to London and follow his dreams. Zhero incorporated 80s sounds into the production as it was her favourite decade.

Opening with an industrial keyboard sound, not too dissimilar to the one which set the tone for The Weeknd’s 2020 track After Hours, Zhero has been taking production notes from renowned indie-pop acts such as The 1975, specifically the ’80s influenced sound on their 2015 single Somebody Else.

“I wanted to find the best way to tell my mum about my choice, trying to make her less sad as possible. She has always has been so possessive (in a positive way) about me, so I knew that my decision could really hurt her. Since it was hard for me to express myself and my feelings using speeches and words, writing the song helped me to share all I had to tell to her and my family.” – Zhero

Zhero has delivered a memorable piece of pop music, which stands out from the rest of the other current synth acts out there, further to its distinctive and incomparable vocal performance.

We love the fact that Zhero’s Italian accent shines through beautifully during Mama’s chorus sections. He has proven to be an old soul because he has such a unique quality to his voice, despite being only 20 years old.

Zhero is an interesting artist which we strongly advise you to keep your eyes out for.

“I choose to produce the song inspired by the 80s because my mother has lived her teenage years during that decade, listening to Madonna, Depeche Mode and Eurythmics, it is my mother’s favorite decade.”