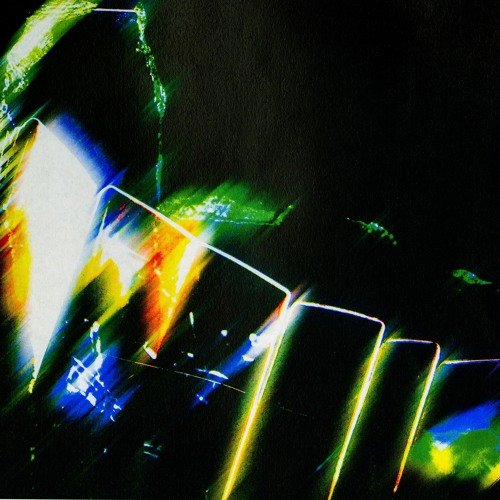 Scottish electronic producer Sam Gellaitry has returned with his shimmering new compilation ‘Viewfinder, Vol 1: Phosphene’. Across 12 tracks he showcases the extreme talent that garnered him vast attention on Soundcloud and got him signed to LA-based pioneers Soulection at just 18 years of age. At still only 22 this new project is Gellaitry at his best showing where he is been and where he is going.

Tracks like ‘Phosphrous’, ‘Viewfinder’, and ‘Neptune’ are vintage Gellaitry bringing the bass-heavy kicks and 808’s combined with the sweeping synths and distorted vocals that helped make his name through tr’acks like ‘Long Distance’ back in 2015. Whilst these types of tracks are expected from the Scotsman, his ability to bring rich melodic textures and banging basslines together in a way that uses the contrast to enhance the impact and feel of the track will never cease to amaze me.

The most refreshing aspect of this project is his experimentation with elements of Jazz and Ambient music coupled with live basslines. This more organic side of Gellaitry shows his maturity as a producer and his ability to pull for many different points of inspiration ranging from those listed above to Hip-Hop and Future Bass. Tracks like Atlantis, Embark showcase this perfectly, whilst still bringing the energy also gives us a look at the producer’s full range of ability and talent.

Overall listening to this project is like swimming in a sonic ocean whilst occasionally being knocked side to side by the crashing bass and drums. Ever since Sam Gellaitry came on to the scene with his Escapism Trilogy, he has been creating his own lane as an electronic producer, and as such there have been scores of Soundcloud and Bandcamp copycats looking to replicate his style. However, he never stays still long enough to be truly replicated he is constantly pushing the boundaries of electronic music and his own ability as a producer.

At such a young age it’s hard to believe he has yet reached the peak of his powers, despite how beautiful complex and well-constructed his work seems to be. If he carries on in this direction there is no telling where he could end up, and he has already hinted on Social Media to a second project coming which will have a completely different vibe. As such, there is much to be excited for as this production prodigy looks set to place himself amongst the upper echelons of electronic music.