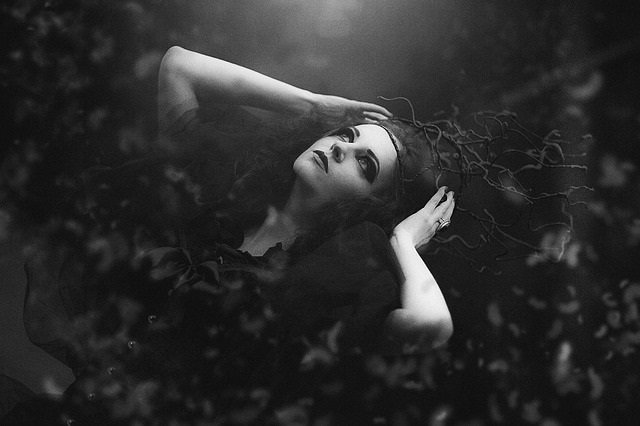 With cobwebs, low lighting, showy costumes, and the smell of freshly unwrapped candy, Halloween is arguably one of the most atmospheric of holidays. But whether you’re having a costume party for friends at homeor just want to add a little extra touch for the trick-or-treaters coming to your doorstep, there’s one trick to really pump up the spooky atmosphere and add some more fun to your spooky occasion — music!

Spend your time worrying about your costume, ‘cause we’ve got the soundtrack covered. Here is the ultimate Halloween playlist.

5. Monster Mash – Bobby “Boris” Pickett
A party without playing this song is like a person who passes out apples and pennies to kids on Halloween. While the proper way to dance the “mash” is up for interpretation, almost everyone knows the lyrics. And a little know fact, legendary songwriter and performer Leon Russell, known for hits, like A Song for You, plays the piano on this track.

Sure it’s as corny and cloying as candy corn itself — but it’s a classic and certain to get even the aforementioned apple-giver into the spirit.

4. Ghostbusters – Ray Parker Jr.
This tune proves that a good Halloween song doesn’t need need to be sinister or frightening but can be 100% joyous. As the theme to the 1984 film of the same name the Academy Award-nominated song answers the question of who you are going to call when something is strange in the neighborhood — Ghostbusters, obviously. This catchy pop song was number 1 for three weeks when it was released and still maintains a following, especially during this time of year when costumed ghouls and goblins love to dance to this infectious hit.

3. Time Warp – The Rocky Horror Picture Show
Speaking of dancing, long before the Macarena or the Electric Slide, the Time Warp has had costumed carousers jumping to the left and taking a step to the right. If you’ve ever seen The Rocky Horror Picture Show, and you should, you know that this number is a showstopper in this very interactive cult classic. It’s also a must-play on any Halloween soundtrack. Let yourself go and do the Time Warp again.

2. The Devil Went Down to Georgia – Charlie Daniels Band
If you make a deal with the devil, this song is a safe bet. Written in the early ‘70s, it’s a tale of a man making a pact with Satan — via a fiddle-playing contest. Almost all of the lyrics are recited instead of sung, and the storytelling and use of dueling fiddles are eerie and entrancing, perfect for Halloween.

1. Thriller – Michael Jackson
Thriller is at the heart of popular music over the last four decades. The eerie opening monologue by horror legend Vincent Price to the ecstatic synth and infectious chorus proclaiming it’s “thriller night” make it the ultimate Halloween song. Released in 1984 by Michael Jackson the “King of Pop,” it revolutionized music with its John Landis-directed video. And let’s not forget about the iconic scene of zombies dancing — The Walking Dead’s got nothing on MJ.