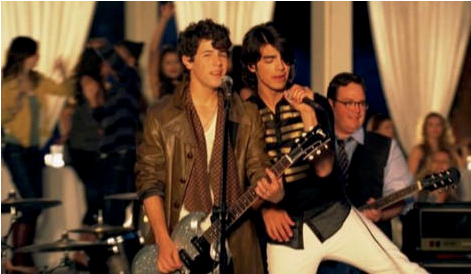 There are countless talented families who have found fame in Los Angeles, from the Baldwins to the Arquettes. However, it’s not just actors and reality stars who head to Hollywood to make themselves known in the entertainment industry. In fact, there are numerous pairs of celebrity siblings in the music business who have managed to hit it big, too. These celebrities have clearly set the stage for their siblings becoming stars as well, proving there’s no limit to the amount of talent a single family can contain:

Miley and Trace Cyrus: 25-year-old Miley Cyrus has been a music industry fixture for over a decade since releasing her first album, Meet Miley Cyrus, back in 2007. However, it was her star-making turn as Hannah Montana on the Disney Channel the prior year that made her a household name. Since Hannah Montana went off the air in 2011, Miley has been blowing up the pop charts with singles like “Party in the USA,” “We Can’t Stop,” and “Wrecking Ball.” However, Miley isn’t the only member of the family with some serious musical chops: her older brother, Trace Cyrus, is the former singer and guitarist of pop-punk band Metro Station.

Ashlee and Jessica Simpson: The Texas-born Simpson sisters, Ashlee and Jessica, are proof positive that blonde hair isn’t the only thing that runs in their family. Big sister Jessica first hit it big in 1999 with her debut album, Sweet Kisses, earning tons of airplay for her single “I Think I’m in Love With You,” which sampled John Mellencamp’s beloved song “Jack and Diane.” While Jessica had continued success through the 2000s, she’s since largely left the music industry, focusing instead on her billion-dollar clothing and accessories line. Jessica’s little sister, Ashlee Simpson, has also made a splash in the music industry, with her 2004 album, Autobiography, selling more than five million copies. However, after a disastrous lip-synching incident on live TV, Ashlee’s musical career was sidelined for some time, although she’s since admitted she’s eager to record again.

Beyoncé and Solange: Beyoncé, undeniably one of the most popular pop artists in the world, isn’t the only massive talent in the Knowles family. The multi-platinum singer, whose 2016 album Lemonade—her sixth, in total—is one of the most beloved records of the past two decades, seems to have passed her musical talent onto her younger sister, too. Beyoncé’s sister, Solange, has been in the music industry for more than 15 years when she released her first album, Solo Star. Since then, Solange’s sound has matured, winning a Grammy for her single “Cranes in the Sky,” and multiple other accolades, including a Billboard award and Glamour’s Woman of the Year award.

Joel and Benji Madden: While many musical siblings choose to work separately, twin musicians Joel and Benji Madden quickly realized that sometimes, two is better than one—if you’re both extremely talented, that is. The pair formed the pop-punk band Good Charlotte back in 1996 and have continued collaborating together and as part of other musical acts ever since. While their band took a four-year break from the stage from 2011 to 2015, they once again wowed fans the following year with the album Youth Authority, their sixth in total.

The Jonas Brothers: Growing up in a home in New Jersey, the Jonas Brothers probably didn’t realize they were destined for stardom. However, the three eldest Jonases, Kevin, Joe, and Nick, have all made waves in the music business, both collaboratively and separately. The trio first made it big performing together as The Jonas Brothers, writing their first record in 2005. The band broke up in 2013, but Joe has since gone on to work as the lead singer of pop band DNCE, while Nick has managed to establish himself as a solo artist.

Talent may not be contagious, but these pairs of musical celebrity siblings certainly give some credence to the theory that it’s genetic. From stars of the pop world to soulful songstresses, these famous singing siblings prove that there’s no limit to how much talent a single family can contain.