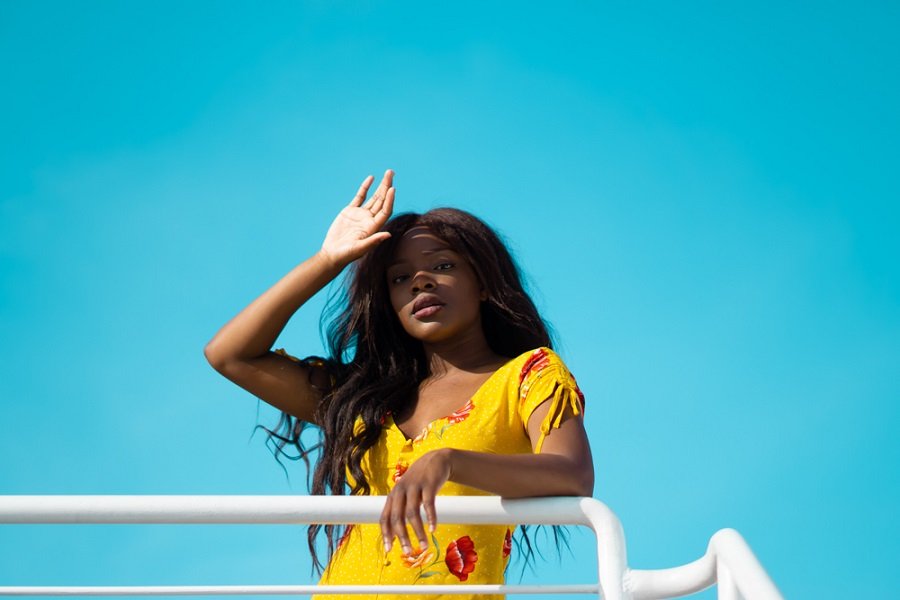 Adanna Duru is 21 years old who is based out of Southern California and her music is a mix of dance-pop and alternative RnB. She attended The Voice in 2012 and American Idol in 2015. Her fans appreciate her innovative soul sound, her sensual voice and her stage presence at a very young age. Adanna released her debut mixtape, ‘Exhibit A’ in 2016, followed by her debut EP ‘Stardive’ in 2017. Her new EP ‘Manic Pixie Dreamgirl’ has just been released this month and it includes 7 tracks written and also co-produced by Adanna herself.

The young singer said about her new album: “I am a manic pixie dreamgirl. The first time I heard the term was in one of my creative writing courses at the University of California, Riverside, I instantly felt connected to who she was. She is very weird and quirky, but also stunning and unique; overlooked because of how different she is. However, her downfall is that her story is never developed. We only see her from the perspective of the male protagonist. We don’t get to see her past, her desires, her struggles, or her dreams. All we see is that she is desirable. An item. I think a lot of women relate to this role, but I felt especially drawn to her because she’s usually a weirdo. I am embracing all of my setbacks on this EP, realizing that my experiences only teach me how to understand other people better. I have a passion for understanding people’s stories. I am so unapologetically me, and I used to feel out of place because of that fact. But I am just becoming the woman that God says I am”.

This protest album includes title track ‘Manic Pixie Dreamgirl’ which is about overcoming rejection, second track ‘One Way Street’ addresses just how fake the music industry can be, and ‘Doll’, the track that anticipated the whole album, which talks about the issue of objectification in relationships and refusing to be a “trophy wife”. Adanna explained in an interview, “‘Doll’ is based off my entire experience dating so far. I’m 21 years old and have only ever dealt with boys my age. So I’ve never been in a real relationship before. I’ve only ever experienced being treated as a drug, a high. This song was my moment of refusing to settle for being with a guy based solely off of his emotions. This song is demanding action and commitment”.

I really like the alternative sound of the new album and the message Adanna wants to spread with her songs. ‘Doll’ is my favourite, which is yours?