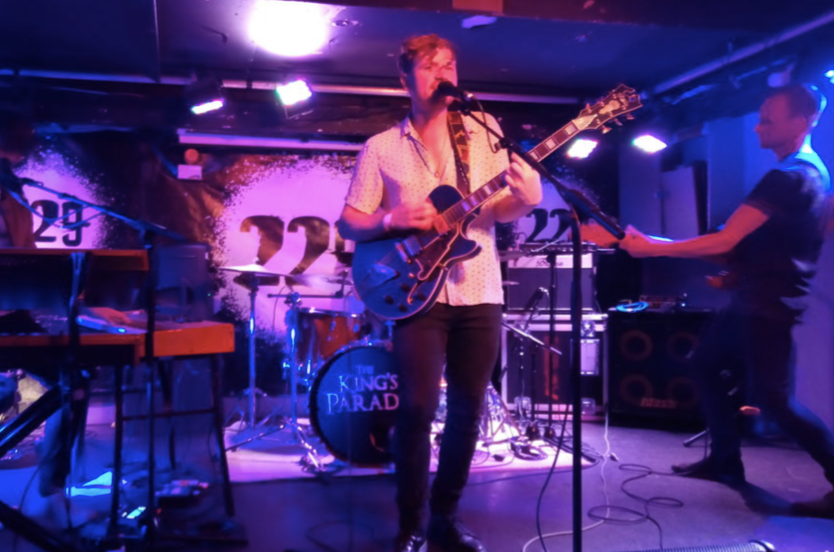 The King’s Parade played a sold out headline show at London’s 229 last week to celebrate the release of their new EP ‘Woman’.

‘Woman’ is also the lead single of the four-track album which addresses the issue of gender imbalance and led the band to be featured as BBC Introducing’s ‘Artist Of The Week’ as well as shortlisted for the ‘UMA Choice Award’ at the forthcoming Unsigned Music Awards 2018.

The London based band has just released the humorous video for ‘The Look’, the second single from the album, which sees them playing as a pub house band and them and the audience, catching eyes of attraction around the room.

The EP also features other songs ‘Mirror’ and ‘Lemon Zest’, which addresses new artists in the music industry.

The talented band composed of Olly Corpe, Sam Rooney, Tom English and Chris Brent, played a fantastic concert! The alternative and captivating sound of their songs made everyone get on their feet. I really enjoyed the way they played with the rhythm, the break and the up-tempo vibe of the music! At the end of the gig, they enlightened the crowd with three more songs.

This summer The King’s Parade is playing a number of festivals across the UK and Germany. You can see them here: