Something Quite Magnificent Has Emerged In Saba’s ‘Care For Me’ 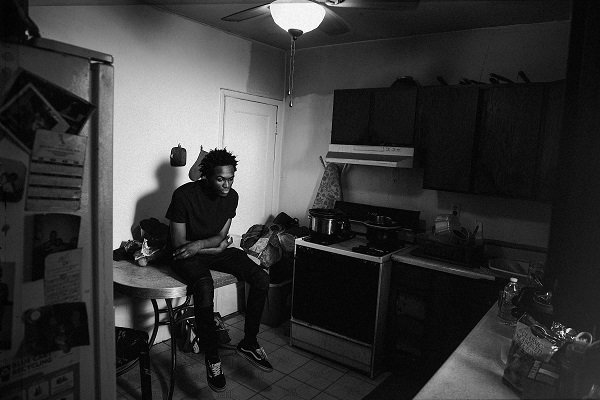 2018 was a great year for music, especially for Hip-Hop which dominated the charts as music’s top genre. Drake’s ‘Scorpion’, Pusha T’s ‘Daytona’ and Kanye Wests ‘Ye’ all made headlines on release and peaked at number 1, 3 and 1 respectively on the Billboard charts. However, away from the mainstream charts and ‘Album of the year’ debates lies Saba’s album ‘Care for Me.’ It was underappreciated in the USA and almost completely ignored in the UK.

The fast-rising Chicago rapper returned in 2018 with his second studio album and his finest body of work so far. Written in the aftermath of his cousin Walter Long Jr death as a result of a shooting, Walter was a close friend and part of Saba’s Pivot Gang crew. Saba comes to terms with the raw emotions around death, grief, and unfulfilled dreams. He battles with survivors’ guilt and regrets over the way he treated women in the past and calls he did not make.

The minimalist production style being used by fellow Chicago rappers such as Mick Jenkins and Noname is also present here. The whole album was produced in house by Saba and a small group of frequent collaborators DaedaePivot and multi-instrumentalist Daoud. A simple melody accompanied by a steady high hat and snare pattern creates a basic groove, leaving a large amount of room of vocals. Saba fills this space brilliantly combining melodic flows with tight lyricism and in-depth storytelling.

Saba’s storytelling ability is so profound at times on this album that the listener begins to share his troubles. “Ridin’ through the city I’m young, I’m black, I’m guilty” he raps on ‘Busy/ Sirens’ as he reflects on the current state of racism within the American police force. He shares the story of a 15-year-old boy being shot dead by the police because he matched the description of a suspect, that description is the colour of his skin.

On the track ‘Logout’ featuring Chance the Rapper, he reflects on the issues of modern-day social media being full of people faking exciting lives and fearing being forgotten if they were to ever come offline. But it is on the track ‘Prom/King’ that the full beauty of Saba’s lyricism and storytelling is on show. You can feel the pain in his voice as he recounts his relationship with his cousin Walter from childhood until his death, Saba’s tortured soul is laid bare for all to see. Such is the power of this track it leaves the listener mourning the loss of Walter themselves. Then you step back and realise that as Saba has shown throughout the album, Walter is not the only wasted life but one of the hundred lost to gang and police violence every year in America. Once this wave of realization has hit you the beauty, power, and significance of this album is ever so clear.

Saba is an artist that can be described, as Kendrick Lamar put it on ‘Poetic Justice’, as a flower that has bloomed in a dark room. Out of all this turmoil, pain and sorrow, something quite magnificent has emerged. Saba has created an honest, self-aware album in which he dresses his wounds across the 10 tracks without ever coming across as melodramatic. At only 23 dealing with this level of emotional distress in such a mature way is admirable within itself. Despite all the bad he sees in the world he retains a glimmer of hope for a better future. I see much more than a glimmer of hope for what is to come from Saba as an artist going forward. People will look back on 2018 and wonder how on earth such an album was underappreciated at the time of a release.