Shingai Live At The Albany 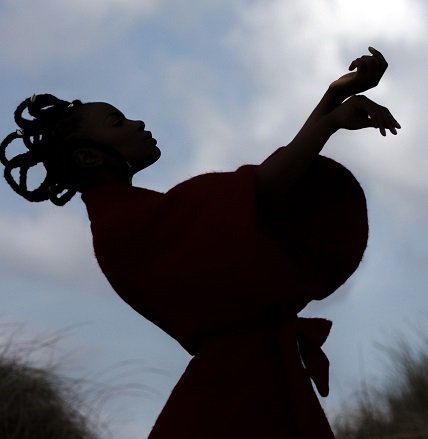 With its panoramic views and dusky amber mood lighting, The Albany in Deptford provided the perfect venue for ex-Noisettes lead singer Shingai Shoniwa’s debut gig as a solo artist. With no scheduled support act, it was up to Shingai to provide a performance worthy of an outing on a blustery September evening – and she did not disappoint.

Appearing on stage in an orange two-piece and iridescent leotard, Shingai made it clear that she was not here to play about. Performing the tracks from her upcoming E.P, she began with Zimtrom. Her vocals quickly gained the attention of the audience, and her tone and vocal control pointed toward a lifetime of specialised vocal coaching.

She then moved onto ‘Champion Style’, before she gave a truly captivating cover of ‘Ask the Rising Sun by Miriam Makeba which she sang whilst precariously balanced on the balustrade of the viewing balcony, it was a real showstopper and showed her ability to infuse a cover with her own personality whilst not losing the overall vibe of the track. She then completed the performance with a captivating rendition of her track ‘We Just Don’t Care’, and you couldn’t help but believe every word.

This performance was an overwhelmingly positive introduction to a new era for Shingai. Her debut album has some amazing tracks, and there’s no doubt that she is a truly gifted performer.