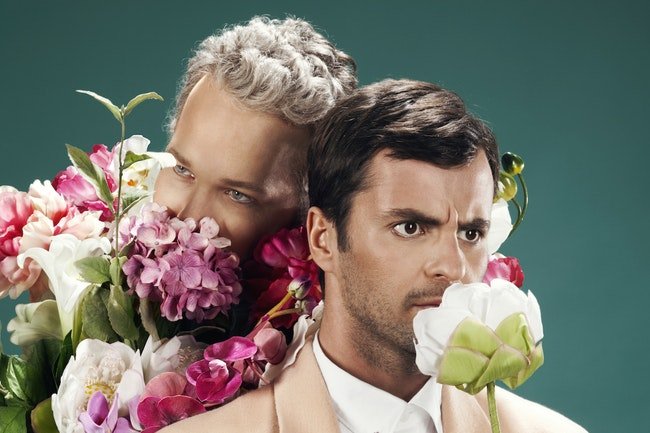 Last Wednesday 14th November saw Frenchmen Alexandra Grynszpan and Paul Armand-Delille, known as Polo & Pan play their sold-out headline show at East London’s Oval Space. Renowned for their healthy mix of disco and electronic music – Polo & Pan are characterised by influences of imaginary worlds like The Wizard Of Oz as an expression of optimism and love.

Polo & Pan performed with a setup showcasing their previous years of experience on the decks. Having met as resident DJ’s at famous discotheque Le Baron in Paris, the packed out crowd was diverse but with what certainly seemed to be a huge native French support, most likely who have supported the duo since the early DJ days and previous projects.

Playing tracks across releases such as ‘Caravelle’ (2017) and ‘Dorothy’ (2013), the crowd translated emotions that were suitably hedonistic and full of laughter with the duo’s set encouraging dancing and shouting along to songs including ‘Plage isolée (soleit couchant)’ and ‘Nanã’ to name a few.

Polo & Pan encourage escapism with their music and their live show allowed just the escape you need from the hustle of London life. Creating a space of imagination and ultimately happiness, Polo & Pan were bold but intricately beautiful.

Polo & Pan are playing tour dates stateside, as well as shows in Canada and Switzerland, find them at a shownear you.