Diamond Vargas is the gorgeous 19-year-old vocal talent hailing from Melbourne, Australia. Despite her sophisticated sound and brilliant song-writing skills, her newest single “Monday Morning” is only Diamond’s third body of work, (after Crazy In Love & Don’t Tell Me) indicating this young artist’s early signs of enormous potential. Taking influence from vocalists such as Jorja Smith, Lauryn Hill, and Frank Ocean, Diamond’s unique style could be described as a fusion of alternative R&B and Urban Soul. “Monday Morning” is a personal song, and in her own words serves as an “illustration of the light at the end of the tunnel.” Incredibly relatable and refreshingly down to earth; Miss Vargas indulges us more into her inspirations, insecurities and artistic direction in an exclusive interview with NeonMusic.

Hi Diamond, thank you for joining us today!
Thanks so much for having me! It’s great to be here.

Lovely to have you here. So, tell us a bit more about the new release “Monday Morning.” What’s behind the name?

Monday Morning is a nod to a previously toxic relationship of mine. During this time, we were truly living like every day was a Sunday. It wasn’t healthy and eventually, Monday Morning became something more symbolic for me, it was a welcome back to the real world. I didn’t want it to be a sad song, I didn’t want it to be an angry song… I just wanted to create something true and frank. Something that literally says ‘that’s ok’ to make peace with the past and that finding independence is truly one of the most powerful moments. 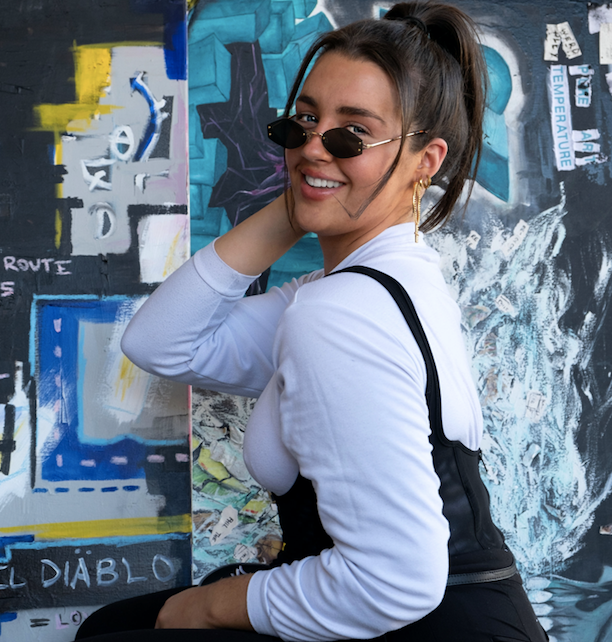 Apart from yourself, who would you say your song is for?
This song is really just the way that I was able to articulate this pattern I had witnessed over and over with various people in my life. I have seen all my friends and family go through relationships where they stayed too long. At the time I wrote the song there was hardly any thought given to a storyline or any particular inspiration, but in retrospect, I guess I was just able to recognise a pattern with not just women but any person in a difficult relationship which was that they are always better coming out of the other end.

It’s a tragedy to lose yourself as a result of investing too much in another person, but it’s also such a pleasant surprise to come out of the other end and slowly rediscover yourself and realise your purpose again. That is what this song is for me and hopefully for others: an illustration of light at the end of the tunnel.

When did you decide you wanted to pursue music as a career?
I know that I would never have said it growing up. I guess I had this strange idea that admitting it was an option for me sounded arrogant or that people would judge me for being unrealistic. (I felt like saying I wanted to do music was almost an invitation for the person to judge whether they believed I could, and I could always tell what that judgement was in their face.)

In school, I could only ever write. So naturally I just chose journalism as the most sensible alternative to what I really wanted deep down (an idea which I eventually took to university for about three weeks!) In reality, I had gone through my entire life always weirdly knowing that I was only meant to be a singer, and not because I thought I was good or because I ever wanted to be famous, but because it was just always the only thing that brought out a sense of consistency in me. 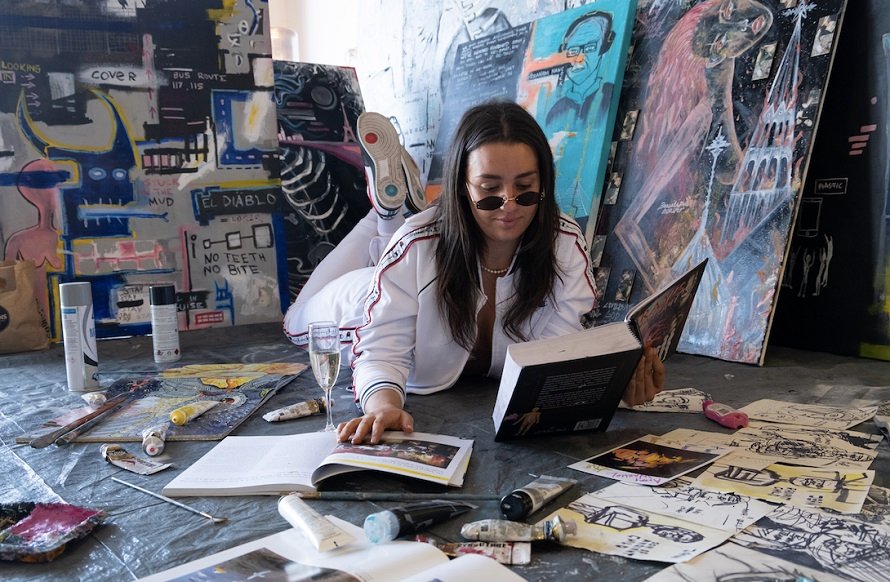 Every songwriter has a unique method of writing. What’s your song-writing process?
My process is really characterised by not having any particular one at all. A lot of the time I’ll be doing really random things when my brain sort of drifts into a mode of songwriting. I can be waiting for a bus, walking down the street or trying to get to sleep – in which case I just whip my phone out and record a voice memo. When I wrote this song I was actually at work, it was a very quiet day in the store and I began printing all these little receipts to write down lyrics. I just sang it over and over in my head so I would still remember the melody by the time my break came.

Who are your favourite artists, and why?
I love R&B artists like Jorja Smith, Rihanna and Frank Ocean, but also listen to a lot of rap artists such as J-Cole!

I think, like most people in the world I just look for the soul in music, songs that you can have a good cry to, yes, but also songs you can’t help but let get to you. Not necessarily ballads or intentionally sad sounding songs. It’s all about how the lyrics or the tone can tug at certain areas, whether that be my tear ducts or my general perspective.

I like to hear anything that is said when its meant wholeheartedly; I appreciate the honesty in real storytelling.

What’s next for Diamond Vargas, is there anything you’re working on at the moment?
I’m just going to keep writing and growing as an individual and artist as I get more familiar with a very versatile but compelling industry.

Great stuff, Diamond! Thank you for joining us today and wishing you all the best in the future!
No worries, thank you guys so much for having me.