Lucky Stars – The Rise Of Americana Sibling Duo The Luck 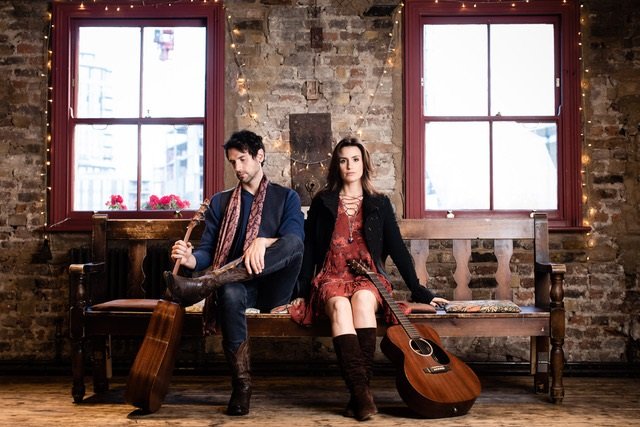 With upbeat country vibes and music to make you smile, we introduce to you brother-sister duo The Luck made up of Max and Esmay Luck. The pair are due to play at Thousand Island at The Garage Islington soon and here’s why you need to get a ticket!

Earlier this year The Luck played at the AmericanaFest as one of the showcasing acts and ever since have been buzzing with excitement! Now, they are back with their first release of the year ‘If This Is Love’. The song is a brilliant blend of experimental vocal techniques, especially at the beginning with the “lai, lai, lais..” and how the tempo builds throughout the song. The duo rings similar to me to bands such as The Lumineers, making music that makes you smile and evokes thoughts of summer days! That being said, the song itself is actually rather heart-breaking, and an honest account from the duo through songwriting.

Max discusses this when he says “Esmay was making her way through a breakup as we were writing the track and she needed to find some positive reassurance in the experience”. She needed to know that “if it was really meant to be, then they’d eventually end up together”, a sentiment that the single perfectly encapsulates.

The sibling duo spent most of their teen years experimenting with their music individually, however they soon realised their potential as a duo instead and hence ‘The Luck’ was born. They officially formed in 2011 and have been recording music and performing in some of American’s most distinguished venues such as the Troubadour, Hotel Café and NoName in LA.

It was at one of these performances that The Luck was first introduced to The President of Music at Warner Brothers Pictures, Paul Broucek, who, after hearing them perform, quickly approached the duo to work with them in producing their debut album. The Luck has now returned to London to prepare for their UK Spring Tour and release their debut album, which was recorded in LA in collaboration with three-time Grammy award-winning engineer Ed Cherney.

If you are interested in hearing more from the duo, in 2019 you can find the pair take to Twitchfor a weekly front-page slot where listeners can tune into The Luck and also check out their tour dates.