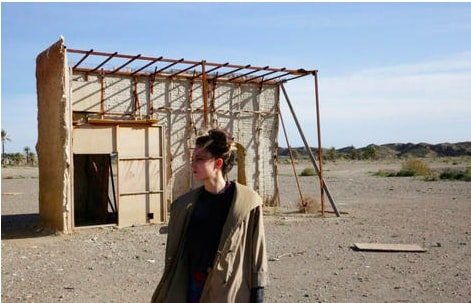 Swiss experimental–pop artist harpist Linda Vogel returns with her new single ‘Isis and Osiris’ from her debut EP ‘On’, Which has been receiving critical-acclaim in Switzerland since it’s release in February.

Zurich-born Vogel learned to play the harp at age 6, before going on to study classical music and recruiting Drummer/Percussionist Vincent Glanzmann. She is influenced by a range of nostalgic and contemporary artists from Bob Dylan to Nirvana, Nina Simone to Chance the Rapper.

Vogel has her own unique signature style achieved through bespoke mechanical triggers and various home-made extensions for her electro-acoustic harp. ‘Isis & Osiris’ is a delicate and poignant pop-fused classical song that begins with a beautiful strumming Harp pattern. Vogel’s spoken word passage and Glanzmann’s percussive beats produce swirling melodies that evoke an eerie and atmospheric tune exemplified by her poetic and eloquent lyrics.

Linda Vogel comments on her compelling new release,  “I wrote the song ‘Isis & Osiris’ in a small, beautifully mystic village in Brittany called ‘end of the world’. I had some trouble falling asleep at that time.”