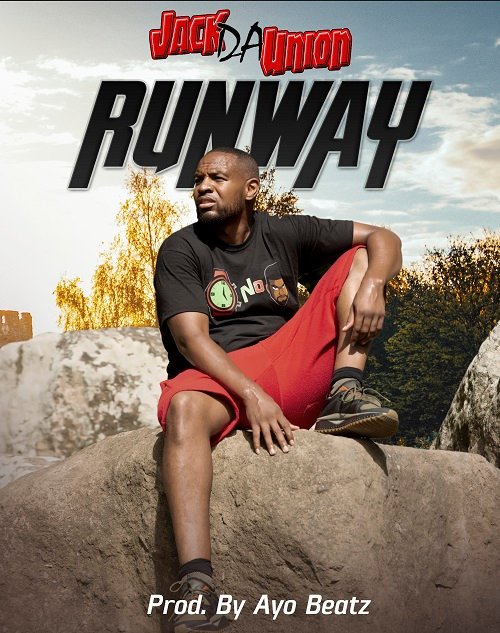 Jack Da Union is back once again with another Ayo Beatz produced single entitled ‘Runway’. The music video filmed in Peckham, Jamaica takes us on a journey, starting at the airport we follow Jack on his trip to Jamaica. We see the plane, the ocean, and even a few locals all the while listening to strategic wordplay and eloquent flows.

Listening to the song once is not enough to fully understand the message Jack is trying to convey. When you initially hear the track, the complex instrumental catches your ear as well as the gospel-inspired pre-chorus and repetitive hook. The more you listen you begin to pick out key lyrics and figure out the meaning behind his words. Jack Da Union raps about his personal journey and the struggles he’s overcome whilst people continuously try to tell him what he should be doing.

With the video being filmed in Jamaica, it is nice to view a lesser seen aspect of the country. There were the standard beach overviews but shooting in more remote locations gives you a new appreciation of the island. We follow Jack Da Union through the woods as he cuts sugarcane, we also see him at a waterfall where he sips from the stream, he was also able to film in front of a ‘Peckham’ sign which draws parallels with South London where he is from, making it that much more relatable.

The simplicity of the video, once watched a few times, allows you to focus on the lyrics without being distracted by tourist attractions or the outlandish party nightlife we are used to seeing. Being a master or lyrics and wordplay means there are metaphors that can be overlooked at first. The more you listen, the more you want to divulge into the song songs hidden message. If you are in the mood to listen to overly complex bars Jack Da Union is the artist for you.

Neon Music caught up with Jack Da Union about his new single and music video:

What is the inspiration behind your new song ‘Runway’?
‘Runway’ was inspired by my current musical situation, I saw myself lifting off and thought I wanted to document it before I’m in full flight.

Why did you choose to film the video in Jamaica?
I think I owed it to Jamaica to shine some light on the place that influenced my childhood and it seemed like the perfect place to show a different side of me to my public.

Why did you go for the scenic route for the video and not something more seemingly “glamorous”?
This video contained a personal element to me, so it only felt right that I gave viewers an insight into how I don’t go there as a tourist lol maybe if I went somewhere less personal to me I’d take that glamour route.

We last spoke in Spring 2017 – how much has your life changed since and who/what is influencing you these days?
Since we last spoke, nothing has been the same lol from starting my own brand “Watch No Face” to working with Ayo Beatz to supporting Wu Killa Beez on their European tour. I definitely feel I’m on the Runway lol nothing and no one is influencing me at the moment – I feel I’m edging towards my own personal creative peak.

Do you still write off the cuff or plan what you want to rap about?
I still don’t write. I don’t know how to accurately explain my creative process, it just comes to me, Melodies, Bridges, Hooks, and Bars. I’ve had to understand I’d be categorised as a singer-songwriter as opposed to a rapper/mc but I’m making the adjustment.

How do you think the British Rap landscape has changed over the last few years?
The British rap landscape has changed hugely and I don’t think it will be long before we’re at the helm of rap work. I feel like we are lyrically on a par with the Americans and we’ve understood the new era of rap requires melodies, we are slowly being acknowledged by the rest of the world.

Do you have a recurring dream?
I think maybe because I’m living my dream I don’t dream.

What TV series are you currently hooked on?
If we’re saying “hooked” it has to be something I can watch again and again so I’m saying Rick and Morty.

Who would play you in a film and why?
Yeah, cos I think I can be Oscar-nominated if I play myself lol.

What’s next for Jack Da Union?
I still wanna make that experimental, weird and wacky song that’s popular (if that makes any sense lol) so that is my quest!