Iconic Songs That Became The Soundtracks To Our Lives 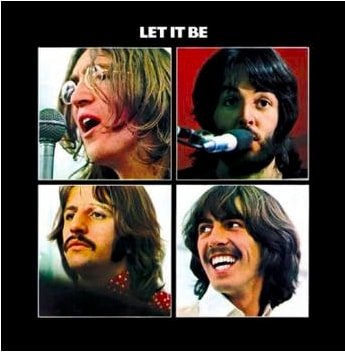 Whether it’s a Beatles song that breaks your heart every time you hear it or the soulful sounds of Sam Cooke that put your mind at ease, a great piece of music can make you feel things no other kind of art can touch. For many of us, our favourite songs are so meaningful that they’re practically the soundtrack to our lives. Whether you’re living in a yurt in the desert or an urban luxury condo, putting on your favourite song can instantly transport you, changing your state of mind and making your whole day brighter in an instant. Need some inspiration for what to listen to next? Check out these life-changing songs:

Let it Be by The Beatles: While The Beatles’ catalog is full of hits, none so effortlessly tap into feelings of both joy and melancholy like “Let it Be.” Centred around religious iconography, themes of redemption, and the idea of giving up control in favour of letting the universe decide our fate, this gorgeous ballad feels fitting for virtually any occasion, whether happy or sad.

A Change is Gonna Come by Sam Cooke: Sam Cooke’s buttery smooth voice is beautiful on every track he recorded, but “A Change is Gonna Come” is, without a doubt, his piece de resistance. Released in 1964 during the height of the Civil Rights Movement, the song reflects Cooke’s experiences as a black man in a country that loved his music, but upheld laws that made it impossible for people who looked like him to enjoy the equality the Constitution promised. A mournful song with an uplifting message tied together by Cooke’s peerless talent, this song feels as relevant during the days of Black Lives Matter as it did half a century ago.

Like a Rolling Stone by Bob Dylan: Many of Bob Dylan’s lyrics are poetry in their own right, but few compare to “Like a Rolling Stone.” Evoking the unrest of the 1960s’ political climate, Dylan’s turbulent romantic relationships, and the amorphous idea of freedom, this epic poem speaks to people from all walks of life.
​
Born to Run by Bruce Springsteen: This rebellious rock ‘n roll anthem can make any listener feel nostalgic in an instant. The song’s main character dreams of freedom from the constraints of his hometown and social status, hoping there’s a better life on the horizon, but knowing the only way he’ll find out is to make a break for it — all themes that still resonate today.

God Only Knows by The Beach Boys: While it may sound sappy, The Beach Boys’ “God Only Knows” is a love song so pure it’s hard to find fault in it. This sweet, beautifully-composed song taps into that feeling of pure, unconditional love that only comes about once in a lifetime, if we’re lucky.

Music is more than just a distraction, it’s an integral part of our lives — just put on one of these transformative musical experiences and hear for yourself.