Glastonbury – The Most Incredible Place On Earth 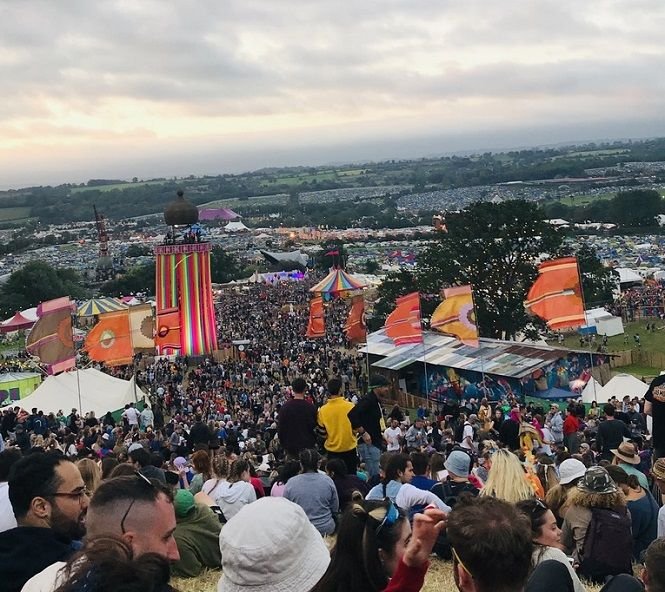 It’s like a mythical creature, a fairy or a mermaid: something you’ve never seen before and don’t believe is real. You don’t let yourself imagine how magical and enchanting it could be; it’s like a faraway dream that you’re never going to experience… and then you’re there: Glastonbury, the most incredible place on earth.

It was inevitable that Glastonbury wouldn’t commence this year due to the current pandemic but it still came as a devastating blow, each ticket holder’s heart aching for a warm tinnie in a field with the stench of the long-drops nearby; the imperfect, perfectness that is Glastonbury.

It’s not just the anticipation that’s been building since you made it through the torturous, anxiety-ridden, meticulously-planned ticket process – it’s the excitement of not knowing what you’re going to experience. It’s peaceful and romantic but comes alive with showers of electrifying joy and freedom; happiness radiates from everybody. It’s like living in Alice In Wonderland for five days, a dreamland where relationships, friendships, and unfathomable experiences are formed. Glitter-covered humans buzzing around in elation. 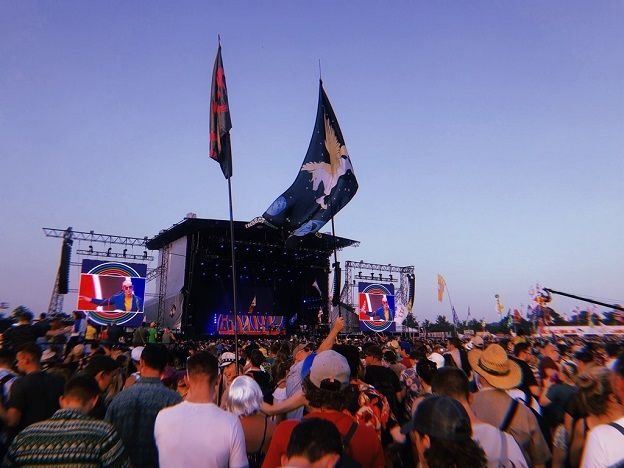 Then there’s Shangri-La, a mysterious corner which holds dark secrets: an after-hours area for music to continue well into the early hours. TV screens with cryptic messages, a giant tower of rubbish, pig heads, a nightclub, disturbing pornographic posters of politicians, and numerous DJ sets. It’s more than your mind can handle and you wonder if what you’re seeing is actually real.

Amongst the glimmering, dreamy, flag-filled hills and chaotic hustle and bustle, there’s the calm of The Park where the iconic Glastonbury sign sits. It’s a known fact (after the first visit) that there’s a firework display on the Wednesday night. It’s a surreal feeling sitting on top of the hill, staring out to the vast cityscape, taking in the sheer size and beauty of Worthy Farm. The unbelievable outstretched skyline of dazzling, hypnotising mystery – each corner like a mini wonder of the world stretched with breathtaking sights. It’s unparalleled with any other festival.

Boasting 79 stages, 2019 saw The Wombats set the cheery summer tone on the Friday, blasting their bouncy set to a sun-baked audience at The Other stage, followed by Two Door Cinema Club later on that evening – providing exuberant old dance-along favourites and new hits. Thankfully, the blistering heat had mellowed out, slightly, for Two Door’s 8 pm set; the campsites now glowing tones of peaceful oranges and pinks.

With an area for everything your heart desires, whether that be the hippy-dippy tranquility of the Greenpeace Field or the eye-catching entertainment of Theatre & Circus, it’s easy to forget about the Pyramid Stage. Headliners dazzle the main stage but it wouldn’t be Glastonbury without the sea of iconic custom-made flags swaying above like you’re encompassed in a technicolour dream. 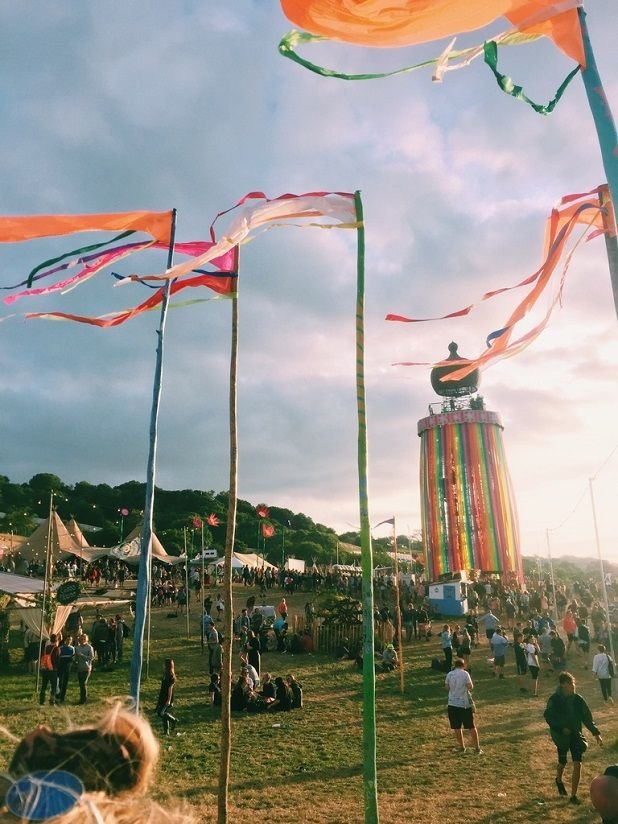 There’s no better feeling in the world than being at Glastonbury. Every inch of the festival is carefully detailed – even the bins are all gloriously painted in pastel colours. Flags line the festival and give it that classic Glastonbury feel. It could be grey and miserable but everywhere is speckled with those iconic rainbow flags gently swaying in the breeze; the smell of exotic food stalls wafting through the air. It’s a fairytale full of hidden treasure and mystery: a sparkly, rainbow-painted landscape with so much to see and explore, it’s impossible to fit it all into one trip.