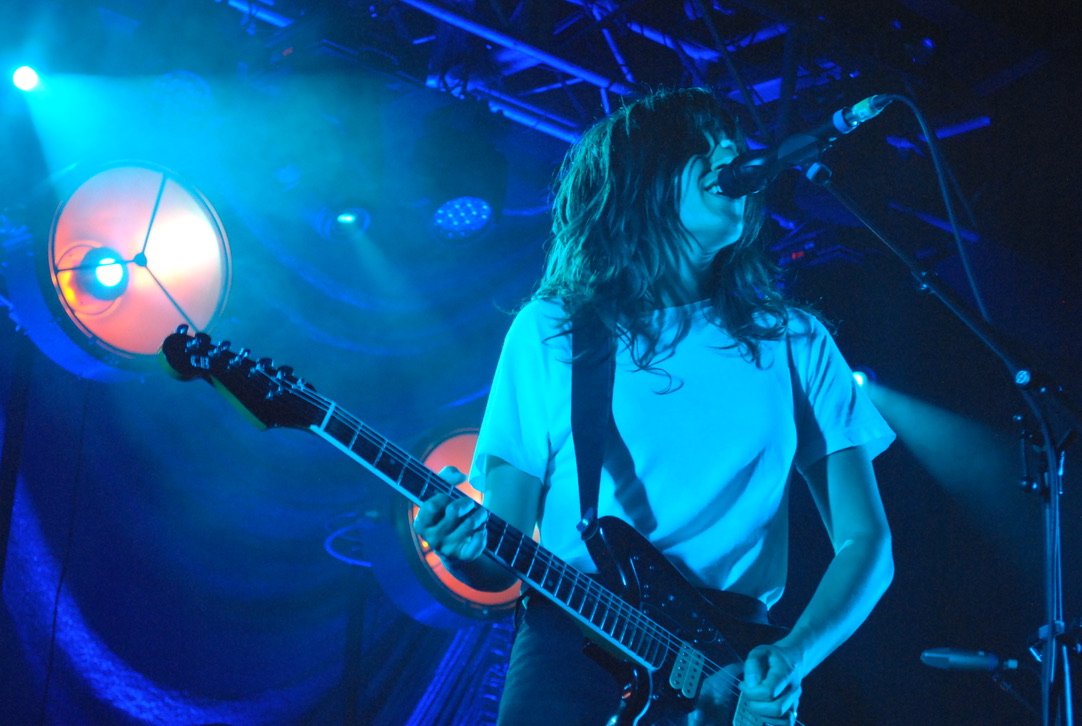 Having never seen Courtney Barnett before, I made the decision to endure a 4 hour round trip to see her at the O2 Academy in Bristol. This would turn out to be one of the greatest decisions of my life to date. The O2 Academy had to be at full capacity, with the bar inaccessible during the show, people standing on all 4 sets of stairs and no one really being able to move throughout. There was no way they could have fit any more in and this just added to the atmosphere.

Barnett started off by playing her brand-new album “Tell Me How You Really Feel” in full, from start to finish. If there is one way to bring an album to life, this was certainly it. It just showed how the album not only sounded incredible when recorded and perfected in a studio but also when played live. Starting with ‘Hopefulessness’, like on her album, built up into the rest of the songs, and it certainly got the crowd going early on. There wasn’t a single song from her new album which didn’t sound amazing live. With her sound varying drastically between songs like her punk banger ‘I’m not your mother, I’m not your bitch’ and the calm ballad ‘Sunday Roast’, her performance really showed off her extraordinary musical talent for both writing and performing. Her story-telling conversational tone is rare but she has perfected it. Once she had performed her new album Barnett moved onto her back catalogue including classics such as ‘Avant Gardener’, ‘Small Poppies’ and ‘Depreston’. The crowd was as excited for both her new album and her older songs and the atmosphere throughout was one of the best I have ever experienced. A highlight was the moment the entire crowd sang the outro from ‘Depreston’ back at Barnett,

“If you have a spare half million, you could knock it down and start rebuilding!”

Barnett concluded with an encore comprised of ‘Anonymous Club’ and ‘Pedestrian at Best’ and I could not have thought of better songs to finish with. I could not have asked for more from Courtney Barnett’s performance, playing her new album in full, songs from varying stages in her back catalogue and all with a truly incredible quality, it was one of the best live shows I have ever seen. As soon as she announces any future UK dates I definitely will be booking tickets, or maybe a trip to Australia is on the cards!